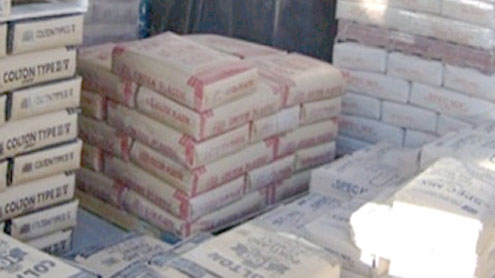 Chairman APCMA said the industry produced 17.94 million ton of cement in the first seven months of this fiscal ending on January 2012. This, he informed, is only 3.94 per cent higher than the production during corresponding period of last fiscal. He said that the surge of 7.21 per cent in domestic demand of cement was offset by 3.59 per cent decline in exports.He pointed out that the cement sector continues to operate below 70 per cent installed capacity in January 2012 while most of the manufacturers are not recovering even full input cost.

He said the cement industry paid heavy price for the expansion in production capacity that was planned on the assumption that the economy would grow at an average of 6 per cent or above. Unfortunately, he added, the economic growth has averaged 2.5 per cent during past four years that suppressed the demand for cement in the local market.

“We always look for ways to lower the energy cost and for new plants we have to bear the research cost, capital cost and the cost to pursue more efficient plants, but this is not usually included in manufacturing cost of cement,” he added. He further said that energy, which adds more than 50 per cent to the cost of production of cement, has taken unprecedented jumps in a couple of years, almost doubling the production cost, but the cement manufacturers absorbed the same with their efficient plants and reuse of energy mixed with heat recovery and other technology. – PT