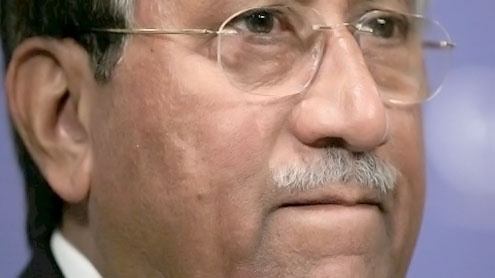 Reacting to the interior minister’s briefing in Sindh Assembly regarding the Benazir Bhutto case on Tuesday, former president Pervez Musharraf strongly denied his involvement in the assassination of the former prime minister.

Talking to reporters, Musharraf said he had informed Benazir about the threats to her life before the first attack.Musharraf said he had met Benazir twice in Dubai, but did not speak to her after October 18. “Rehman Malik was not present in those meetings,” Musharraf added. He said providing security to Benazir was the responsibility of the provincial government and her principal security was being handled by PPP workers. – PT

Govt puts the onus of BB’s murder on Musharraf

N-pact with India to get 5-year extension

N-pact with India to get 5-year extension