Ministry of Sound: Dancing in the afternoon 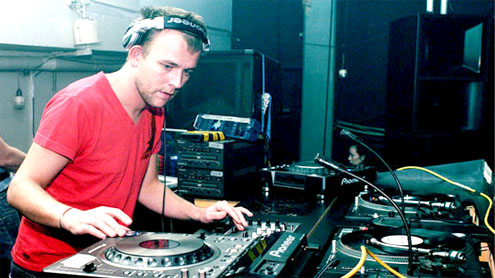 Tickets for the event started at Rs6,500 per couple. FCCM Director (Operations) Salman Ali said, “This was the third time we were holding a Ministry of Sound event. We had been through this before so the set up was quite smooth this time around.” Ali admitted that landing Kleinenberg was a coup for them. “It was the first time Sander came to Pakistan. He had just played in Delhi and Bombay. He has been such a big DJ since the ‘90s, I’ve grown up listening to him.”

Taking a break from past events, the event started in the afternoon instead of the evening. The DJ roster started with DJ Vivid (deep house), Mister TJ (techno house), DJ Barrister (funky house), Sander Kleinenberg (techno house), Get-a-fix (progressive) and DJ Faisal Baig (techno house). “This really was our best event,” said Ali. The music started by about half past two. Kleinenberg took the stage at 6:30 pm for a two hour set. Before starting off he thanked the crowd and said he had never imagined 20-years ago when he started that he would be playing in Lahore.

Maha, who travelled from Islamabad with friends to attend the event, told The Express Tribune, “It was neat be at a party in Lahore which is not what is traditionally imagined in Pakistan. The dance floor was a lot of fun and the security seemed fine.” Her only complaint was the social segregation. “I don’t really like the idea of a VIP section. I would be happier if there was just one space for everyone. No VIP lounge.” Maha added that she liked the size of the party. “Next time around there should be no tent at all, it should all be open.”

“I did not really understand the music, I am more conventional. The crowd was so well behaved. The city is not used to that,” said Shehryar. “It was refreshing to be at an event that cut across class and the location was fantastic. Lahore needs more of this.”“For house and trance lovers like myself, this was a breath of fresh air. Imagine Kleinenberg, who is so current and big in club music, playing in Lahore,” said Saamiya. She said the location was far but appropriate for safety reasons. “There was so much positivity. Everybody was happy. I would go again. We need this as a respite from the Bollywood invasion.”

Samar, however, was not pleased about ‘the social divide.’ “There was no seating arrangement for us ‘plebs’.”“There was a small row when some people sat in a lounge which was reserved for other people. But I quickly resolved it and everyone was pleased,” said bouncer Yasser. He added that the crowd had been easy to deal with. “The crowd has been sweet but the highlight for me were the two ladies in the bathroom who were blow drying their hair. Only at a rave in Lahore would that happen,” said Maha.The event ended at 11 pm.