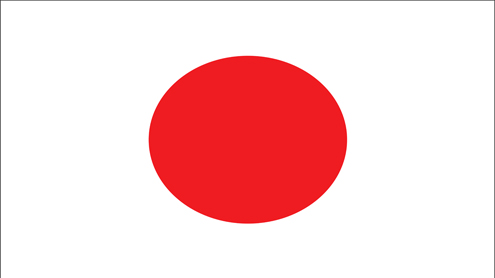 BRUSSELS – Miyazaki, a household name to Japanese animation fans, will again be the draw at Belgium’s 31st Anima festival, but it will not be the acclaimed director Hayao but his son Goro aiming to keep the family name alive in Europe.
Goro’s new film “From Up On Poppy Hill” will open the Belgian festival on Friday, three years after his father brought the acclaimed “Ponyo” to Brussels.Belgium, a country which prides itself on its graphic novels and comics, most notably Tintin, is playing host to a string of animated films from China and South Korea at Anima this year, challenging Japan’s traditional dominance in the medium.“From Up On Poppy Hill” is the second film directed by Goro Miyazaki after his debut “Tales From Earthsea” received mixed reviews.

The story, written by his father, is of teenage love in 1963 Japan, a year before the Tokyo Olympics and the first running of the bullet train.“This film is very much in the tradition of the studio,” said Doris Cleven, co-director of the film festival. “It’s very classical… It has a very poetic and very nostalgic theme about this period of Japan.”

But the Anima festival is looking to the future with what Cleven describes as an “explosion” from South Korea and China.European animated film production has decreased, partly due to public funding cuts prompted by a debt crisis across the Euro zone region.The opening night of the 10-day festival reflects the focus on Asia, with seven of the 15 feature-length animated films from that region. A further 84 short films will be shown.

Anima received over 1,100 submissions from students and professionals

.“We receive them from all over the world and we pay a lot of attention to them because they show what’s new in animation,”

Cleven said.Steven De Beul, co-owner of Belgian stop-motion film company Beast Animation, is one of three judges for the Belgian short film competition.He will also give a lecture about what do after graduating with a degree in animation. A lot of people start, he says, but there are few still working at his age, 43.When he graduated there was just one animation studio in Brussels, so De Beul travelled abroad for experience. It can be tough to make it as an established full-time animator, even more so as a graduating student.

“The only rule is that you have to continue. Once you give up, you give up.”

Despite the slight decline, European animated films are still alive and this year’s Anima is showcasing Spain and Switzerland. Cleven said the two countries were examples of emerging talent.“Chico & Rita” this year became the first Spanish film to be nominated for an Oscar in the Best Animated Feature category. The film will be shown at Anima on Feb. 21, five days ahead of the Academy Awards ceremony. – Khaleejtimes