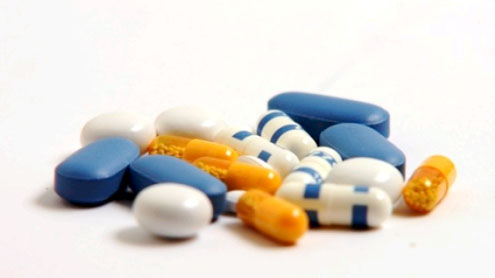 ISLAMABAD: President Asif Ali Zardari on Friday issued a much awaited ordinance to set up a centralised regulation body of the pharmaceutical industry.

The cabinet division issued notification for the consideration of the establishment of the agency on Friday under the Drug Regulatory Agency Ordinance (DRAO) 2012.The notification has not been confirmed by the Presidency, but a cabinet division official confirmed to The Express Tribune on condition of anonymity that the notification has been issued.The agency is to control pricing of drugs, quality assurance, import/export and issuing licences to drug manufacturers among other details.

According to official sources working closely with DRA, the head office of the agency will be based in Islamabad. It will work under the cabinet secretary and will be made up of 13 members, including all provincial health secretaries. The head of the agency will be a chief executive officer who should hold a postgraduate degree and 20 years experience. His tenure will be for three years and would be extended for another year if required. Besides this, one technical member will be taken from the federation, doctors, pharmacists and pharma industry.

The main hurdle behind the establishment of DRA was the Punjab government, which was initially reluctant to issue a no-objection certificate (NOC).But the agency faces more opposition.“The DRA has been established on the draft formulated by Nargis Sethi, not on the draft given by the special committee or the Parliament,” said Senator Abdul Haseeb from the Muttahida Qaumi Movement (MQM) while talking to The Express Tribune.

Haseeb, who has been the convener of the Senate special committee on formation of Drug Regulatory authority said, “The newly-introduced ordinance does not contain even a single thing proposed by the committee in its draft.” He added that the committee will not approve the DRA.A senior official working closely with the Drug Registration Board (DRB) on condition of anonymity said that the newly-established agency will not operate for the purpose that it has been created.

He explained that this is because there are currently about 400 pharmaceutical units and about 70,000 drugs registered in the country.  There is a huge shortage of staff available to keep a check on all these drugs.  The staff in DRA would not be enough to look after all of these.Also, the drug inspectors who are working under the Executive District Officer Health (EDOs),  District Health Officer (DHOs) and hospital pharmacies working under  the Medical Superintendent (MS) should work under  the DRA and report to it directly.

This will give them authority and power to take action against illegal work as currently they are working under a lot of pressure, which usually stops them from taking any action.He said that the government has violated the orders of the chief justice who in 2007 directed the government to give separate offices to the drug inspectors and also to provide them with a transport facility. He added that currently there are only 478 drug inspectors across the country, which is not enough. The drug inspector lacks staff with whom he can conduct raids. He goes alone without security or any protection.Lack of facilities forces these employees to engage in corrupt activities, according to the official.