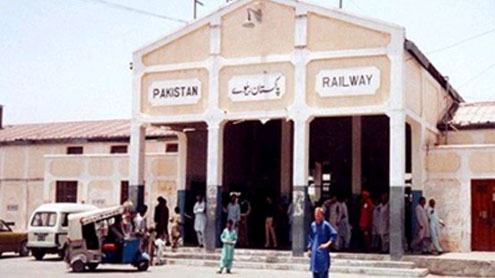 The comprehensive transport policy prepared and approved by the Planning Commission together with all the stakeholders including secretaries and senior officers of ministries concerned in the transportation chain, have proposed opening up the entire sector to the private sector.

The Business Recorder fully supports this measure.However, there are some concerns that require to be highlighted.First and foremost, the policy stresses the need to operate public sector entities on commercial lines.There is perhaps not a single individual employed by either Pakistan Railways (PR) or Pakistan International Airlines (PIA) who do not understand the need to operate on commercial lines however mismanagement and corruption responsible for the steady decline in the economic fortunes of these entities apparently continues.

Recently the PR and Four Brothers International (FBI) signed a contract for a rail service for business people between Lahore and Karachi which remains suspended not only due to the strike action by PR employees lamenting the higher fare, but also by the PR management for non-payment of the agreed amount by the private firm.This effectively shows that the success of any policy entails taking all the stakeholders on board and the list must include workers representatives.

An exhortation to run public sector entities on commercial lines is unlikely to lead to any positive results until and unless the government takes remedial measures with respect to not only making senior appointments entirely on the basis of merit but also ensuring that these entities are not used as recruitment centres for political loyalists.It must also be acknowledged that PR has the capacity to provide the cheapest possible transport of goods from the Karachi port to upcountry areas and hence it requires professional management with the capacity to strengthen its passenger and goods traffic.

Secondly, the country has been subjected to decisions relating to our transport sector that were targeted to deal with national concerns but over time, have come to benefit specific pressure groups rather than the general public.For example the creation of the National Logistic Cell was to ensure that the transport of essential goods was not compromised because of pressure tactics including strike action by the private transport sector.Two generals heading the NLC have been convicted for wrongful investment of its funds, a conviction that bears ample testimony to mismanagement and corruption that mars several public sector entities.

The private sector has, over time, protested against awarding NLC contracts to transport goods (fertiliser and oil specifically) through giving them an unfair advantage.Thus what is critical is for the public and private sector operating within a transport sub-sector for example roads, railways or indeed air to be given a level playing field, otherwise it is unlikely that the private sector would be attracted to participate.It must however be accepted that while part of the PIAs woes are related to mismanagement and corruption yet part is related to the rising international fuel costs that are also compromising the capacity of foreign airlines to provide the same service as before, barring those owned by rich sovereigns like Qatar, Etihad and Emirates.

Finally as matters stand today the transport sector has a plethora of ministries/departments including the Ministry of Ports and Shipping, a Ministry of Railways, National Highway Authority that have taken decisions independently resulting in major disruption of people and goods traffic.In the case of the energy sector too, independent studies conclude that distinct policies by several operating ministries/departments are partly responsible for the ongoing crisis.

The studies unanimously recommend that an integrated energy ministry be established, which would go a long way in strengthening the government’s ability to implement policies designed to deal with the energy crisis in a holistic manner.In acknowledgement of this basic principle, the transport policy envisages a holistic approach and to save time has proposed restructuring the existing Ministry of Communications and Transport but this would be a co-ordinating ministry as opposed to an integrated one and would, it is argued, be unable to begin to formulate or implement positive policy changes. – Brecorder