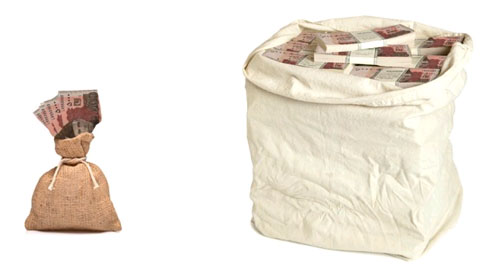 KARACHI: The Sindh provincial government has been successful in recovering Rs15 billion in services taxes in the first seven months of the current fiscal year, according to the Sindh Economc Survey released on Thursday.

Sindh Finance Minister Syed Murad Ali Shah, speaking on the occasion, said he was confident that the government would achieve the Rs25 billion annual target set for FY11-12.The Sindh Economic Survey 2009-2011 published its findings at the Institute of Business Management (IoBM) on Thursday. The IoBM is a private university that undertook the research with funding provided by the Higher Education Commission Pakistan.This is the first year that Sindh is collecting tax on services, something that was previously done by the federal government. Last year, it received Rs16 billion from the federal government as its share of the total taxes on services collected. The government now looks set to surpass the figure as it has already collected nearly as much within the first seven months of the current fiscal year alone.

Shah was optimistic about the financial health of the provincial government, remarking that it held Rs35 billion in its accounts, despite the economic crises because of flooding in 2010 and 2011, due to superior financial management.The survey highlighted that Sindh was home to Pakistan’s most industrialised district (Karachi), and also its least industrialised district (Tharparkar), due to weak inter-regional linkages in the industrial sector. Strengthening of these linkages should be the top priority of Sindh government, the report said.

The study says that employment in Sindh’s large-scale manufacturing has declined during FY 2007 to FY 2010. The growth rate of Sindh’s textile sector has also been stagnant during FY 2009 and FY 2011. Employment in the textile sector fell by 10 per cent during 2007-2010, and a three per cent decline was noted in sugar industry.According to the survey, about 70 per cent of manufacturing employment in Sindh is concentrated in textiles, sugar and pharmaceutical sectors, while an equal percentage of manufacturing concerns are located in Karachi. Other notable industrial centres are located in Hyderabad, Sukkur, Dadu and Ghotki districts of Sindh.

The survey focused on developments in the provincial economy during 2009-2011. Areas like agriculture, manufacturing, construction, education, manpower, health, transport and communication were covered. The report also analysed fiscal balances and developments in the financial sector of Sindh.This is the second economic survey of Sindh ever published. The first survey, the Sindh Development Review 1972-2008, was presented to the Second International Conference on the Sindh Economy held in Karachi in 2010.

Prof M Ashraf Janjua, adviser to the president of IoBM, and former deputy governor of the State Bank of Pakistan, supervised the project; while Prof Dr Javed Akbar Ansari, Dean, IoBM was the co-project supervisor, supported by the IoBM faculty and researchers.