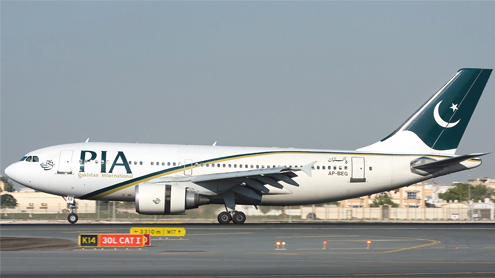 KARACHI: The Pakistan International Airlines (PIA) and Airbus signed an agreement for transfer of ownership of six A310 aircraft, which were acquired by the airline on lease in year 2004.

The PIA MD appreciating the efforts of both the teams finalising the agreement said that PIA and EADS have a long relationship. It started with the induction of A300-B4 in early 80’s and was strengthened further by the purchase of A310 aircraft in 1991. ATR42-500, another product of sister concern of Airbus both working under the umbrella of EADS have added another knot to the ties.The purchase of these aircraft is an important step towards accomplishment of Business Plan 2020. As part of its Fleet Replacement Plan, PIA will acquire new narrow body aircraft in the coming months to replace its aging fleet. The airline has already signed an agreement in Islamabad on February 14 for the purchase of five fuel efficient Boeing Model 777-340ER with deliveries starting from 2015. – Dailytimes