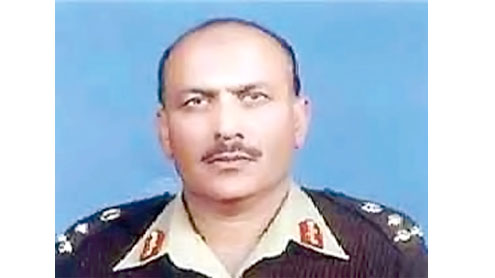 ISLAMABAD: A military court has indicted Brig. Ali Khan, who was taken into custody from GHQ last year on the charges of having relations with defunct organization Hizb-ul-Tehreer.

According to BBC, the military officer was indicted during the current week as summary of evidences was completed against him. But on the other hand, ISPR has neither confirmed nor denied the news. However a retired officer of Judge Advocate General (JAG) department of Pak Army and expert of court martial cases , Col(R)Muhammad Akram told the foreign media organization that the family members of Brig Ali contacted him to plead his case in the military court.

According to the military law, after framing the charges, against any official, the process of court martial is started within few days. The court indicted Brig Ali Khan under the charges that he was in contact with Hizb-ul-Tahreer and he made pledges with the high command of the banned organization to help them in their designs.

According to charge sheet, he not only tried to implement their terms in GHQ but also made efforts to take several officers into confidence in this regard.The sources said that there are some more officers , which found involved in the case besides Brig Ali Khan and they would also be trialed in the military court but all the accused would be given a chance to hire any civil lawyer. – Onlinenews