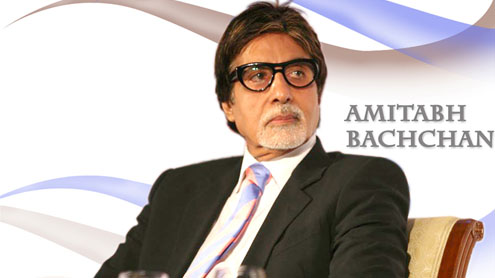 MUMBAI: Veteran Bollywood superstar Amitabh Bachchan will undergo surgery later this week after suffering a bout of “abdominal pain”, the actor revealed on his blog on Thursday.

Bachchan, 69, called the surgery “not too complicated” but did not disclose its precise nature. The operation is set for Saturday morning.“The next few weeks shall be full of nothing else but the hospital and medical bulletins,” Bachchan wrote on the blog.“The Big B”, as he is known, is treated like royalty in movie-mad India and is the father of Bollywood star Abhishek, who is married to former Miss World Aishwarya Rai.

Bachchan, who continues to act in several films every year, spent weeks in hospital in 2005, including one in intensive care, after bowel surgery.Bachchan nearly died following an accident on the set of the 1982 film “Coolie” where he ruptured his spleen during a fight scene and was critically ill for months.

Fans held vigils outside his hospital and made offerings at temples as they prayed for his recovery.Bachchan was the first Indian actor to feature at London’s Madame Tussauds waxwork museum and was voted “actor of the millennium” in a BBC online poll in 1999. – Khaleejnews