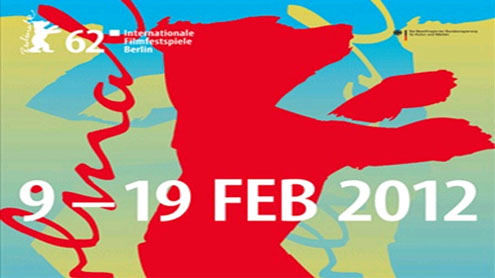 BERLIN: “Farewell My Queen”, recalling the early days of the French Revolution through the eyes of servants at Versailles, has its world premiere on Thursday at the start of the 2012 Berlin film festival.

The French-language period drama, starring Diane Kruger as Marie Antoinette, is one of 18 pictures in the main competition, and hundreds more films will be showcased in cinemas across the city over the next 10 days.Walks down the red carpet may be brisk if freezing temperatures in Berlin persist, but festival director Dieter Kosslick will be happy as long as the A-listers turn up and the festival generates the right kind of buzz.Also important will be the health of the film market that has grown up around the festival, attracting movie executives from the world over looking to buy and sell titles.

Critics said the annual movie marathon was looking to add cutting edge to its selection this year by featuring several unproven directors in the main lineup.It will also seek to build on the success of 2011, when Iranian divorce drama “A Separation” won the Golden Bear for best movie and went on to scoop a Golden Globe and two Oscar nominations.The jury at this year’s festival, led by British director Mike Leigh and including U.S. actor Jake Gyllenhaal, will be looking to discover another hidden gem of world cinema, this time perhaps from Africa.

“Our programme is an invitation to discover lesser known regions of the world,” Kosslick said, underlining Berlin’s reputation for championing films that would otherwise struggle to find an international audience.“For instance Africa, an almost forgotten continent in film, is depicted in ‘Tey’ by Alain Gomis from Senegal,” he added in an introduction to this year’s festival.“War Witch” and “Tabu” are two other competition entries set in Africa.As ever this year, hard-hitting movies tackling difficult themes will steal much of the limelight.

“Coming Home” is about a girl who is locked up for eight years and was inspired by the real-life case of kidnapped Austrian schoolgirl Natascha Kampusch.“White Deer Plain”, which is more than three hours long, recounts the often violent social upheaval in China throughout the 20th century.And “Just The Wind” reconstructs the murder of a Roma family in Hungary and is also based on a true story.On the lighter side, the hottest ticket in town is to see “Iron Sky”, a story set in the near future when Nazis who escaped to the moon in 1945 launch a “meteor Blitzkrieg” on the Earth.

To survive, Berlin needs not only good films but also big stars to satisfy the thousands of journalists who attend every year.Among the Hollywood heavyweights expected in 2012 is Meryl Streep, who will receive an honorary Golden Bear on Feb. 14 when her latest movie “The Iron Lady” will be screened.In it she portrays former British Prime Minister Margaret Thatcher, and while the film itself has received mixed reviews, her performance is favourite to win the best actress Oscar.Angelina Jolie is due in Berlin with Bosnian war drama “In the Land of Blood and Honey”, while the cast of star-filled productions like “Extremely Loud and Incredibly Close” and “Haywire” should add to the celebrity count.