by ToP
in Pakistan
6 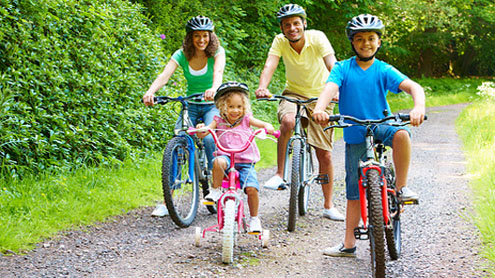 WASHINGTON: Positive parenting during the child’s formative years could help prevent obesity among them.

Today, one out of five US children is obese. They are five times more likely than their peers to be obese by adolescence, facing higher risk for a range of medical, social and academic problems. The new study, led by Laurie Miller Brotman, professor of child and adolescent psychiatry at the New York University, investigated whether early family intervention that was effective for parents of children with behaviour problems, resulted in lower rates of obesity.

This innovative study took advantage of two long-term follow up studies of high-risk children who had participated in evaluations of either ParentCorps or another effective parenting intervention, the ‘Incredible Years,’ during early childhood, the journal Paediatrics reports. The study involved 186 children from low-income, minority families at high risk for obesity who were randomly assigned to family intervention or a control group when the children were approximately four years old.

Behavioural family intervention in early childhood included a series of weekly two-hour parent and child groups over a six-month period, according to a New York statement. ‘Children who enter school with behaviour problems are at very high risk for academic under-achievement and school dropout, anti-social behaviour, delinquency, obesity and other health problems,’ said Brotman.