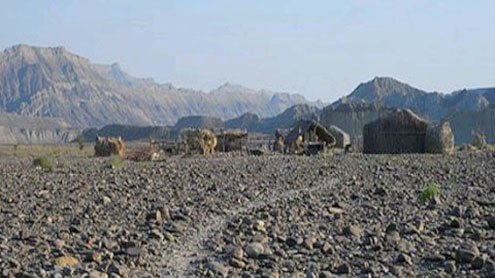 ISLAMABAD: Expressing grave concerns over the deteriorating law and order in Balochistan, lawmakers from all major political parties blasted the government on Tuesday for ignoring the situation in the violence-hit province and called for steps to control it.

Though the members looked upset and perturbed over the unrest in Balochistan, most of them did not attend the session and even National Assembly Opposition Leader Chaudhry Nisar Ali Khan did not deem it fit to attend. The session, which started an hour and 10 minutes late, witnessed low attendance as only 54 members were present at the start and the number was reduced to 48 when the sitting was adjourned. A total of 42 points of order were raised, consuming 103 minutes of the sitting. However, none of the points of order attracted the chair’s formal ruling.

The speakers who took part in the informal debate on the Balochistan situation called for formation of a special committee to oversee law and order in the restive province. They also sought immediate arrest of the killers of the granddaughter of Nawab Akbar Bugti and her daughter, who had been murdered last week in Karachi. They also asked the government to share its policy on Balochistan with the House. There was consensus among the speakers that throwing mutilated bodies on the roads were a slap in the face of the government’s performance and this practice should be stopped immediately. They said the promises made to the people of Balochistan should be fulfilled to remove their sense of deprivation.

They said the Parliamentary Committee on Balochistan should also speed up its work and submit a report to the House carrying suggestions for improvement in law and order across the province. Asiya Nasir, Dr Zille Huma, Syed Asif Hasnain, Dr Lal Chand, Nawab Yusuf Talpur, Akhunzada Chattan and Abdul Ghani Talpur spoke on the issue.Federal Minister Hamayun Aziz Kurd held spy agencies responsible for the unrest in the province and said the matter of Balochistan should be dealt with seriously as the situation in the province was far from normal.

Former Balochistan governor and Pakistan Muslim League-Nawaz (PML-N) MNA Abdul Qadir Baloch said a commission formed to probe killings in Balochistan had to submit its report in the House but four months on, no such report had been submitted. Terming the formation of committee after committee to probe the killings a mere joke, Baloch said such announcements were made to cool down tempers of the locals. He called for a through debate on the Balochistan situation. Jamiat Ulema-e-Islam-Fazl (JUI-F) legislator Asiya Nasir said there was a need for a political solution to the Balochistan issue and the government should share its policy with the House.

Dr Zille Huma said the commission’s report should be shared with the House as it was already very late. Asif Hasnain also criticised the government for its non-serious approach to the Balochistan issue, stating that a Bangladesh-like situation could emerge in the province. Responding to the points raised by the National Assembly members, Interior Minister Rehman Malik said the government had taken cognizance of the killing of the women of the Domki family and the Sindh additional inspector general had been tasked to investigate them. He said the Supreme Court had also taken notice of the issue and directed the authorities concerned to arrest the culprits. He also strongly condemned the murder of a Sindh University professor and said those involved in the criminal act would be brought to justice. – PT