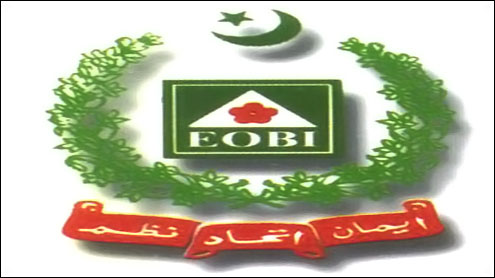 Sources said the EOBI had struck a deal with the Defence Housing Authority (DHA), Islamabad to buy the formerly known Commoners’ Town – a failed residential project acquired by the DHA earlier.Even after getting the land, the DHA did not bother about its development, sources said, adding that people who initially purchased plots in the housing scheme were running from pillar to post to recover their deposits. “Two of the female claimants have also approached the Supreme Court for the recovery of their assets in any case,” sources added.EOBI Chairman Zafar Iqbal Gondal, a politically appointed official, is reportedly pushing the deal for an early conclusion, possibly for kickbacks. “Gondal snubbed the relevant officials that pointed out loopholes in the deal,” sources added.

Notwithstanding his primary belonging to the Accounts Services of Pakistan, Gondal sought political appointments throughout his career. His two of the previous lucrative stunts both in the Pakistan Telecommunication Company Limited (PTCL) and later on in the National Highways Authority ended unceremoniously chiefly due to corruption charges. Sources told Online that a fake deal of a plot in the Commoners’ Town was struck on inflated rates to get a reference price for the purchase of the entire housing scheme in Rs 15 billion. According to sources, almost Rs 3 billion have already been paid in advance to the DHA.The EOBI maintains a fund of hundreds of billions of rupees. This fund is made up of contributions from the employees of private companies with a promise that they would be getting old-age benefits in their retirement age.

Besides undermining the sanctity of the employees’ contributions, the EOBI has also violated its own mission statement. The top bullet in the Real Estate page of the EOBI’s website reads: “Due to the low rate of return and difficulties in management in Real Estate business, the investment in the Real Estate shall be given lower priority.” On the contrary, the above deal, which is full of difficulties and legal questions, indicates that the top priority of the Institute is to go for any real estate without considering legal or business plausibility. – PT