No ‘rail diplomacy’ with India 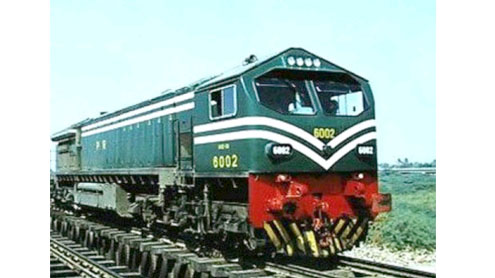 LAHORE: The Railways had recently invited an open tender to get 50 engines from any country, but there is no possibility of a deal with Rail India, sources said.

They revealed that both Pakistan and Indian Railways did not want to enter a ‘risky adventure.’Few months ago, the PPP government had proposed the leasing of Indian train engines in an attempt to establish ‘rail diplomacy’ with neighbouring country. “Keeping in mind the domestic criticism, there is no possibility of deal between the two countries. Providing security to the Indian engines will be another headache.”

Shortage of locomotives in PR’s fleet has always been considered a major reason behind the utility’s financial crunch. The number of locomotives significantly came down below 150 from 528 in few years. Besides taking other measures including overhauling the existing ones, the PR announced to get engines on lease in a view to bring the department out of crisis. The Rail India has 4,214 electric and 6,000 diesel engines.

Two hundred engines roll out of each of its two public sector manufacturing units every year. It is massively short of its Vision 2020 target of 1,200 engines annually. India Railways is also considering supply of engines to Bangladesh and Myanmar. Sources said: “The Railways is not doing any negotiations with New Dehli on the subject. However, sources added, this was yet to be seen whether some private companies on their own [risk] were doing so.” – Nation