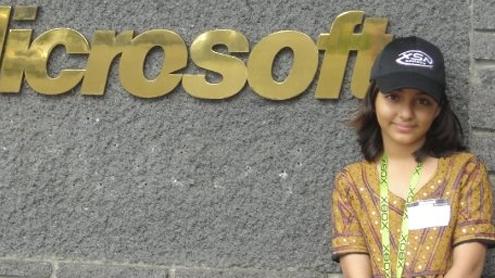 Her funeral prayers will be offered on Sunday at 10 AM in Cantt area. Born in 1995, Arfa Karim got the honor of World’s Youngest Microsoft Certified Professional when she was only 9 years old in 2004. Bill Gates, the Chairman of Microsoft, invited Arfa to visit the Microsoft Headquarters in the USA in the age of 10 only.

Later, in August 2005, Arfa was also honored by the Pakistan Government for the Fatima Jinnah Gold Medal in the field of Science and Technology which she received from then Prime Minister Shaukat Aziz. She was also honored with Salaam Pakistan Youth Award in 2005 which has been set up by Pakistan’s only Nobel laureate Dr Abdul Salam. Moreover, Arfa has won the Presidential Award for Pride of Performance.

Arfa represented her country Pakistan on a variety of international fora. She was also included as the honorable guest by IT Professionals of Dubai for two weeks stay in Dubai. During that trip, Arfa was awarded by a number of medals and awards from various tech societies and computer companies working in Dubai.

Amazingly, she was certified for flying a plane at a flying club in Dubai at the age of 10. Arfa also participated in Microsoft keynote session in the Tech-Ed Developers Conference held in Barcelona, in 2006. The theme of the conference was “Get ahead of the game” and Arfa was in fact a great example of being ahead of the game. – thenews