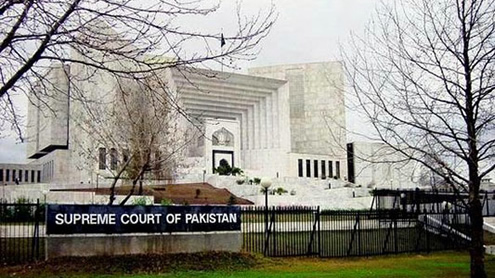 ISLAMABAD: The Supreme Court on Friday directed land revenue departments of all provinces to fortnightly submit a progress report on the computerisation of land record.

A two-member bench consisting of Chief Justice Iftikhar Muhammad Chaudhry and Justice Khilji Arif Hussain also said it would hear the suo motu case twice a month. Punjab and Sindh governments were also directed to provide technical assistance to Balochistan and Khyber Pukhtunkhawa (KP) governments for the computerisation of its land record.

Representatives of Sindh, Punjab, KP and Balochistan told the court they needed one, two, three and five years, respectively, to upgrade the record. This annoyed the judges who said the statements of the officials were like “ridiculing the judiciary”. Punjab Land Record Director Irfan Elahi said his department had computerised record of three district – Lahore, Lodhran and Kasur, adding that data compilation of Jhelum and Mandi Bahauddin was underway.

The KP government’s representatives told the court that the provincial Land Revenue Department had sought the Punjab government’s assistance to improve its record. The chief justice said computerisation of land owned by feudals should be done first, saying that one had to bribe patwaris for the transfer and allotment of land. – Dailytimes

No room for extra-judicial steps: CJP