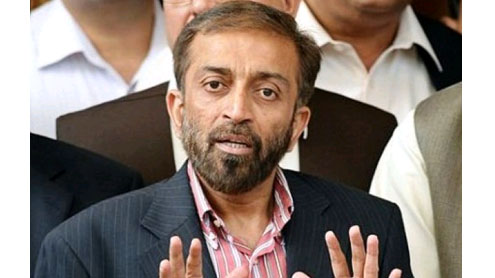 ISLAMABAD: The divergence of opinion at treasury benches over initiating the debate on creation of new provinces on Thursday led to walkout of ANP from the National Assembly, while MQM after locking horns with opposition PML-N succeeded to initiate debate on the issue.

The PML-N also opposed debate on creation of new province, including Seraiki and Hazara, saying that the point of order on these resolutions could not be discussed as they were not on Thursday’s agenda. Besides the ANP members, two PPP members Zafar Ali Shah and Najam Uddin Khan also separately walked out from the proceedings over different issues.

As the ANP and PML-N members raised their voice against initiating the debate, JUI-F put weight behind the mover of resolution (MQM), which led to uproar in house and forced the chair to suspend proceedings of the house for 20 minutes. The PML-Q went on to say that they were the first mover as their party had submitted same resolution but it was not entertained.

Before going out of the assembly, ANP chief Asfand Yar Wali Khan asked the chair to run the house according to the rules. “Don’t violate the rules as resolution is not on the agenda… Give it at order of day; its not part of today’s proceeding,” he said, adding that they were prepared to debate on it but it should be carried out as per rules. The ANP chief stressed the session’s proceedings will come to an end when the last item on agenda is discussed.

PPP’s Chief Whip Khurshid Shah said the house had decided unanimously on Wednesday to allow discussion over the issue. MQM legislator Hyder Abbas Rizvi also pleaded the chair to underscore that the assembly has already started the discussion over the resolution.Earlier, when the deputy speaker given floor to the parliamentary leader of MQM Farooq Sattar to speak on new provinces issue, PPP senior legislator Zafar Ali Shah interrupted terming it violation of rules. “This resolution cannot come in this way as it’s against the rules, so I in protest walkout from house,” he said.

PPP MNA Najam Uddin staged a walkout when he failed to get floor on his turn to speak on creation of new provinces.Soon after the 20 minutes break, when the chair asked MQM to start debate the legislators from ANP left the house in protest.Speaking on point of order, leader of the opposition Chaudhary Nisar Ali Khan said that they were not against the debate on new provinces but the issues should be deliberated under rules and regulation.

Initiating the debate, MQM’s Parliamentary Leader in National Assembly Farooq Sattar said that people of both Southern Punjab and Hazara Division were suffering from sense of deprivation as their due rights and ownership of their resources were not being given. He said that MQM’s resolution for new provinces was being supported by the prime minister and the president.“Balochistan-like situation could also develop in other areas if sense of deprivation continues to persist… Creation of two new provinces would guarantee a strong country,” he said, adding that they also support voice of new provinces in other areas of the country including Fata and Malakand Division.

Farooq Sattar said that they would also table 20th constitutional amendment to pave the way for creation of new provinces, adding Parliamentarians of other parties would support the resolution. He also proposed engineering university, agriculture university, research institutions etc for new provinces after their formation. MQM legislators also congratulated Sattar after his speech.Participating in debate, PML-N senior leader Mehtab Abbassi said if the voice is raised to from new provinces, formation of Bhawalpur province should also be considered. “We are not against new provinces but stress the need of adopting constitutional procedure for new provinces,” he said.

He said, without naming MQM, “Those who are trying to be champion are not in favour of division in Karachi”. He said that debate on new provinces was a very sensitive subject for which all political parties should create harmony. He agreed that sense of deprivation in Saraiki and Hazara division should be addressed.Another PML-N legislator Capt(r) Safdar criticised MQM for playing politics on issue of new provinces.

He said that people of Hazara struggled and sacrificed their lives for their own province. He said MQM had no right to interfere in the struggle for Hazara province. “It’s our war; why they are holding guns on their shoulders,“ he said. Without naming MQM, he said why this voice was not raised in nine years when they were with former President Pervez Musharaf.

PML-Q legislator Amir Maqam said this resolution was earlier moved by his party members but it was not brought in house for discussion on pretext that it was a provincial issue. They would support creation of Seraiki, Hazara and Malakand provinces, he added.Speaking in favour of Hazara province, JUI-F legislator Liaq Ahmed Khan said that the people of Hazara only demand separate province and they will not demand electricity, houses, water and other resources. “We have enough resources in our area.” He said that prime minister should also announce his support for Hazara province.