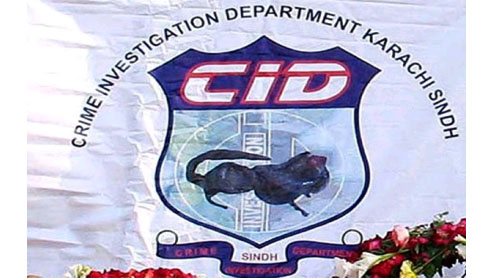 KARACHI: After finishing off seven people said to be associated with law-enforcement agencies, a band of terror operatives was held in the metropolis on Thursday.

High-profile personalities, including judges, and sensitive installations were next on their hit list, AIG Ghulam Shabbir Shaikh told a news conference at the CID Civil Lines Complex. Four in number, the TTP operatives were apprehended near Walika Hospital, Mangopir Road and Sparco intersection as the juh

It may be mentioned here that Abdul Qayoom Mehsud, a close aide of Baitullah Mehsud, had involvement in a number of militancy cases. According to the CID additional inspector general, security has been stepped up and intelligence intensified following a report about the presence of two more terrorists in the city.Doctors exposed to stress-related suicidal tendencies: Stress related suicidal tendencies are increasingly registered among doctors in the country, says a report prepared by senior psychiatrist Prof Amin Mohammad Gadet.

Sharing details of his research with this agency Thursday, the psychiatrist presently serving as Head of Psychiatry Centre, Memorial University of New Foundland, Canada said doctors are subjected to stress due to varied factors. “Growing levels of stress are badly affecting their immunity system that not only enhances their vulnerability to ailments but also diminishes their tolerance levels,” he elaborated.

Prof Gadet said sense of insecurity in face of mob reaction of patients and their care-takers at hospitals and clinics besides inadequate opportunities for professional growth were the triggering factors for vast majority of doctors interviewed by him. Security and protection coupled with respect are indeed the rights of medico professionals and availability of these can reduce their stress level. “At the same time proper career structure, regular training, proper monitoring and accountability and improved communication skills are also the factors that can help address the issue of stress among the professionals,” he said. – Nation