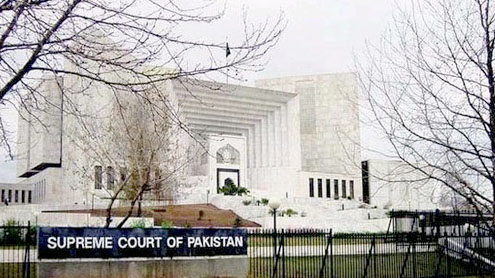 ISLAMABAD: The Supreme Court of Pakistan on Friday declared the petitions by the Pakistan Muslim League-Nawaz and others as maintainable and constituted a three-member judicial commission to probe into the memo controversy in a transparent manner.

In its unanimous six-page short order, the court held that the commission would consist of the chief justices of three high courts and would submit a report within four weeks.A nine-member larger bench of the apex court, headed by Chief Justice of Pakistan Iftikhar Muhammad Chaudhry, held that the petitioners had succeeded in establishing that the issues raised in the petitions were justifiable and a question of public importance with regard to the enforcement of fundamental rights, prima facie, under Articles 9, 14 and 19A of the constitution had been made out, thus making the petitions under Article 184(3) of the constitution maintainable.

The court also held that to delineate measures with a view to ensure enforcement of fundamental rights, a probe into the matter was necessary to ascertain the origin, authenticity and purpose of drafting of ‘memo’ to be delivered to former chairman of the US Joint Chiefs of Staff Admiral Mike Mullen through General (r) James Logan Jones, former US national security adviser.

The court appointed the commission in exercise of powers conferred upon it under Article 187 of the constitution, Order XXXII, Rules 1 and 2 read with Order XXXVI of the Supreme Court Rules, 1980 coupled with the principle of Civil Procedure Code. The court said that al the stakeholders were entitled to the due process of law, therefore, a commission was constituted to ensure a transparent probe into the matter.