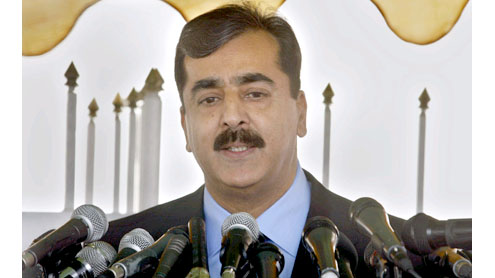 ISLAMABAD: Fan Yunjun, CEO of Zong, China Mobile Company, informed Prime Minister Syed Yousuf Raza Gilani that Zong was keen to invest in 3-G technology. Zong made a cumulative investment of $1.5 billion in 4 years and it has deposited 26 billion rupees as taxes during the same period.

Speaking on the occasion, the Prime Minister said that Pakistan and China enjoyed time-tested friendship and the year of 2011 was declared as the year of Pakistan-China friendship to celebrate the 60 years of establishment of diplomatic relations between both countries.

The Prime Minister recalled the visit of the Chinese Premier Wen Jiabao and his visit to China, which were a clear manifestation of the depth of bilateral relations between both countries. The Prime Minister appreciated the services of Zong, which had reached straight figure of 13.2 million subscribers and for providing thousands of job opportunities to the youth of Pakistan.

The Prime Minister directed the Secretary, Ministry Information Technology to help Zong in resolving difficulties in the implementation of their extension projects.CEO of Zong said that the Zong was the largest telecom service provider worldwide, adding that the company was keen to invest in 3-G technology. He said that the company wants to extend its operations to new heights, which would provide job opportunities to youth in various fields benefiting from its future projects.