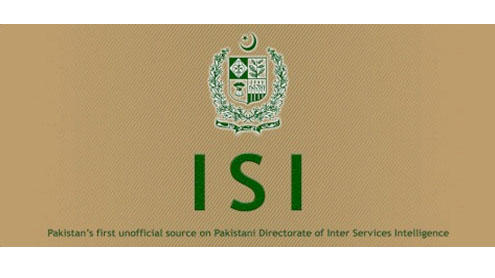 ISLAMABAD: Senior officials of Inter-Services Intelligence (ISI) have told Senate committee on defence that they will continue seeking guidance from the parliament, but will never compromise in the matters of national security.

A meeting of Senate Standing Committee on Defence and Defence Production was held at ISI Headquarters on Thursday under the chairmanship of former Senator Lt-Gen (r) Javed Ashraf Qazi. The meeting was attended by Senators Raja Zafarul Haq (of PML-N), Haji Adeel (ANP), Tahir Hussain Mashadi (MQM) and PPP Senators Sardar Ali Khan and Faisal Raza Abidi. But Senator Raza Rabbani and Professor Khurshid Ahmad did not attend the meeting as they wanted holding the meeting at the Parliament House.

ISI Director General Ahmad Shuja Pasha briefed the committee about the mission, working and activities of ISI regarding war against terrorism.Sources said that the members of committee were briefed about the tribal areas, important issues of frontiers, situation of Afghanistan and policy about war or terrorism and also briefed about the activities of army in violent area of KPK, while the progress of ISI and challenges faced by country for the protection of national security were also discussed in the meeting.

According to a private TV channel, the ISI officials told members of the standing committee that ISI has played a major role in the war against terrorism. They said that peace in the region is only possible when militancy is eliminated. They added that the impression of ISI’s intervention in political affairs was unfounded.

When a news agency contacted Pro Khurshid, he said the committee principally decided that the meetings would be held in the Parliament House, adding “We do not want any clash with any institution. According to the custom, the meeting should be held in Parliament House… Parliament House is the best venue for such briefings”.Senior officials of ISI said that they will continue seeking guidance from the parliament regarding the matters of national security. However, they said no compromise would be made against national security. – Nation