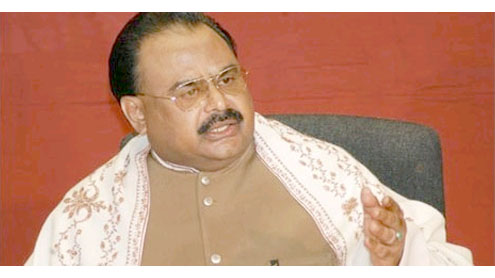 KARACHI: Muttahida Qaumi Movement (MQM) chief Altaf Hussain on Wednesday claimed that his party’s convention in Sukkur will be the largest in the history of the city.

Talking to the members of the zonal committees of Sukkur and Jacobabad by telephone, Altaf appealed to the public to show unity in Sindh by attending the rally. According to a statement issued by MQM, officials of the Sukkur zone told Altaf that he had found enthusiasm among the party workers and the public for the convention. The MQM chief also appealed to different communities to exhibit interfaith unity and participate in the convention. – PT