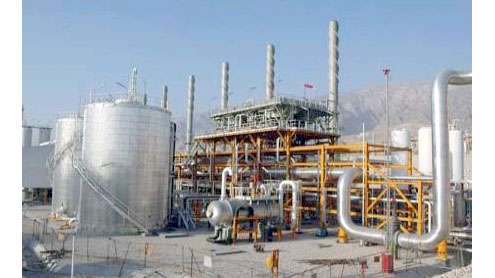 The Iranian government is reported to have signed an agreement with the Afghan government under which Tehran has agreed to supply to Kabul one million tons of diesel, petrol and jet fuel annually.

Presently, Afghanistan receives its supplies from Russia, Turkmenistan and Iraq, via the Iranian route. The new arrangement would go some way in relieving the country of a relatively more expensive source of supply.

With the conclusion of this agreement, there is little justification left for Pakistan to further delay the Iranian gas pipeline project or, for that matter, for the US to discourage Islamabad from proceeding with it. After all, Afghanistan has been under occupation of Nato-led forces for the past 10 years and yet the US has not prevented it from striking a deal with Iran. Tehran’s irksome uranium enrichment programme, it maintains is entirely for peaceful purposes, and it has no intention of producing an atomic arsenal; however the US and its allies in the West have serious doubts about the veracity of this promise.

Thus, Iran has come under a series of sanctions, levied through the platform of the UN. There is also considerable pressure on other countries, considering deals with Iran, to desist from undertaking any venture that could financially benefit Iran through the profitable sale of its energy resources.It must be acknowledged that for some time past, especially since the Nato attack on the Salalah check post last month, the government has been taking the Iranian gas project rather seriously.

In this context, it was heartening to hear President Zardari say, in unambiguous terms, at Garhi Khuda Bux on Tuesday that we “would get gas from wherever we want”. Obviously, it was a pointed reference to the Iranian gas pipeline project. While there is no doubt that we do need the Turkmenistan gas pipeline project as well, considering our explosively expanding energy needs, however that project would need a stable and peaceful Afghanistan to succeed. Unfortunately, that does not seem to be a possibility in the foreseeable future. On the other hand, Iran is keen to take commercial advantage of our shortage of gas, combined with an offer to make available a substantial chunk of electricity to us.

Loadshedding in gas as well as in electricity is a bottleneck in the future growth of industry in the country. In order for us to progress, and rapidly, to be able to provide employment and opportunities to our expanding population, Iran has the most viable infrastructure and locality to be able to deliver energy to our very doorstep; the delays we are facing are of our own creation. This procrastination must cease immediately and a viable project completed as soon as possible, in the interest of the country.

Adele sells most albums in a year since 2004