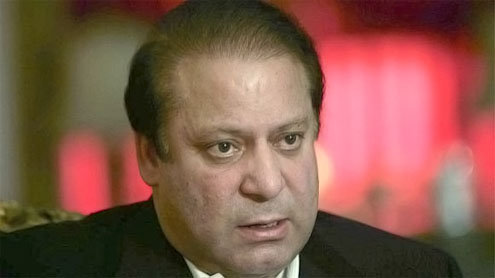 ISLAMABAD: Chief of Army Staff (COAS) General Ashfaq Pervez Kayani has submitted his rejoinder to the Supreme Court, insisting that the ‘memo is a reality’ and an attempt to lower the morale of Pakistan’s armed forces.

PML-N chief Nawaz Sharif, who also submitted his reply along with Ishaq Dar, Ghaus Ali Shah and other petitioners, marinated that whatever he had stated and presented in the court was ‘all correct’. He said that he supports Gen Kayani’s statement and Mansoor Ijaz’s reply but rejects Haqqani’s statement.ISI DG Lt-Gen Ahmed Shuja Pasha, who filed his reply late night, also stood by his earlier statement that their was undeniable evidence of a conspiracy against the army and the country and the matter should be probed thoroughly.

The federal government, in their rejoinder, repeated that the President and the PM have no link with the memo issue, while challenging again the Supreme Court’s authority to hear the case. The defence ministry said in its rejoinder that in the memo case, the court should not involve or include Husain Haqqani, the main accused in the case, and Mansoor Ijaz, the man who stocked the whole controversy.

The apex court had asked all the petitioners and respondents including, President, PM, COAS, ISI DG and others, to submit their rejoinders along with affidavits for the hearing of the memo case. Almost all have submitted their replies, but President Zardari has so far failed to comply with the court order.

In the last hearing, the chief justice told the AGP that no reply in a civil case means acceptance of guilt. Sources said that President Zardari would not file his statement on memo case and the government would stick to its previous stance that it had submitted reply on behalf of the president.
Talking to media, Attorney General of Pakistan (AGP) Maulvi Anwarul Haq said that Gen Kayani’s rejoinder had been submitted to the court. The AGP said that COAS stood firm on his previous stance in the rejoinder. In an affidavit submitted in the court, Kayani said that all his earlier statements were based on facts and nothing had been kept hidden from the court.

In his rejoinder the army chief said that memo issue was about the national security and it was an attempt to lower the morale of army. The COAS also held that the reports regarding the memogate are correct and evidence is available of the contacts made in the context of the conspiracy.“There is nothing denying the fact that the memo exists and it is also admitted to have been delivered and received by the US authorities.

Therefore, there may be a need to fully examine the facts and circumstances leading to the conception and issuance of the Memo,“ he writes. The COAS further stated the memo episode “has an impact on national security and lowers the morale of Pakistan Army whose young officers and soldiers are laying down their lives for the security and defence of territorial integrity and political independence and sovereignty of Pakistan”.

Nawaz Sharif in his rejoinder said that he had not sought stoppage of an inquiry being held by the parliament or administration, adding that in the same way parliament and administration could also not stop the court to play its constitutional role. He said that his petition was maintainable under article 184 of the constitution.Sharif, in his affidavit, wrote that the issue should be investigated because whatever said and written on the issue was ‘all correct’. The PML-N chief further said that he did not file the petition in SC under any political agenda.

Nawaz Sharif’s rejoinder says the reluctance on part of all the governmental functionaries concerned to seek resolution of an issue which has struck at the very roots of our state is rather enigmatic and the reaction of the respondent 1 and 2 to the said issue is no exception.It was reiterated that the petitioner never prayed that the Parliament or the executive be restrained from doing their bit in the matter in question nor the honourable court restrained them from exercising the authority resting in them vis-à-vis the said matter.

The PML-N chief re-emphasised that the Parliament or the executive having, allegedly, taken cognisance of the said issue creates no bar on the court of law in the matter of discharging their constitutional or legal obligations. It was denied that the petition under Article 184(3) of the constitution was not maintainable. PML-N leaders also supported the reply of Mansoor Ijaz.

Talking to media men at Supreme Court building, AGP Maulvi Anwarul mentioned that parliament and executive could not stop the proceedings of the Supreme Court on the memogate case.Barrister Zafarullah in his rejoinder to the affidavit of James Logan Jones said that his affidavit requires to be proved through cross-examination of James Jones and Husain Haqqani in the court to determine his affidavit’s veracity. He emphasised that his petition is based on fundamental rights and maintainable in the court.

The court will take up the memo case today (Thursday). Asma Jahangir will appear on behalf of the main respondent Husain Haqqani and will also argue his miscellaneous application seeking recalling of the court’s Dec 1 order in ‘memo’ case. For the proper court decorum and smooth functioning, security measures have been taken at the premises of the Supreme Court. Entry of irrelevant persons shall not be allowed and no cellphone shall be allowed to be carried inside the courtroom.