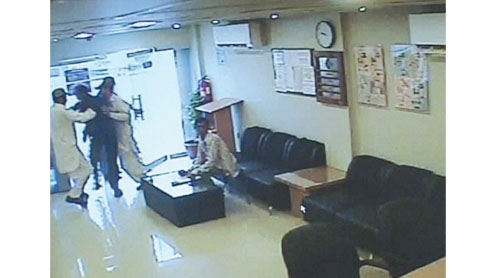 KARACHI: Interior Minister Rehman Malik has constituted a committee for preparing recommendations within three weeks for ensuring effective security of bank branches all over the country.

Malik said that the meeting discussed measures to control bank robberies. No security agency will be allowed to operate unless it has trained security guards, he added.He said a committee headed by Director National Police Council has been constituted to ensure that every security agency must check training certificates of the hired guards.Similarly, all banks must have complete security arrangements for their branches and install close circuit cameras in their premises and place security guards in and outside the branches, he opined.

The Interior Minister said that the names of owners and chief security guards would be included in the FIR if their guards were found involved in bank robberies.He said more steps would be taken on the recommendations of the committee. He pointed out that terrorists of Taliban and banned organisations were involved in the bank dacoities and steps are being taken to arrest them. – Dailytimes