14 percent hike in gas prices: with effect from January 1 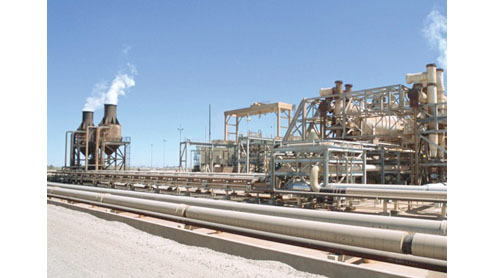 The government has finalised a massive increase in gas prices for all sectors under Petroleum Levy on Liquefied Petroleum Gas (LPG) and Gas Infrastructure Development Surcharge (GIDS) for fertiliser, industrial, commercial and domestic consumers wef January 1, 2012.

According to sources in the Ministry of Petroleum and Natural Resources, gas tariff for all the consumers will be increased by 14 percent from January 1, 2012.The government on Tuesday issued a gazette notification in this connection, according to which after the imposition of PL on LPG the commodity price will increase by Rs 12-14 per kg.”For fertiliser sector under GIDS gas tariff would increase by Rs 197 per mmbtu, industrial sector Rs 13 per mmbtu, Karachi Electricity Supply Company (KESC) Rs 27 per mmbtu and Independent Power Plants (IPPs) running on gas Rs 70 per mmbtu,” the sources maintained.

The government would impose a petroleum levy of Rs 5 per kg on the owners of CNG filling stations.After the imposition of GIDS the gas prices for fertiliser sectors would touch Rs 300 per mmbtu, which at present is paying around Rs 103 per mmbtu.According to a top petroleum ministry official: “If we are imposing Re 1 gas development surcharge on each mmbtu gas we will collect Rs 5 billion annually.” The ministry is in the process to calculate all the expected revenue generation through petroleum levy on LPG and gas development surcharge on all the users of gas, as per rough estimates an amount of Rs 57 billion would be collected per annum.

Sources added that the revenue generated through PL on LPG and GIDS on gas would be spent on the development on Turkmenistan-Afghanistan-Pakistan-India (TAPI), Iran-Pakistan gas pipeline projects as well as laying of Liquefied Natural Gas (LNG) pipeline project from Karachi to Lahore.Gas Infrastructure Development Surcharge would increase the prices of CNG in zone one by Rs 141 per mmbtu.

The zone one consists of the regions including Khyber-Pakhtunkhawa (KPK), Potohar, and Balochistan.In zone two which consist of parts of the Punjab and entire Sindh province Gas tariff for CNG sector would increase by Rs 79 per mmbtu.The officials said the President of Pakistan has signed the Gas Infrastructure Development Surcharge Amendment Bill 2011 and the Petroleum Levy Bill.They said the amendment bills would be presented before the Lahore High Court (LHC) where earlier LPG marketing companies have challenged the LPG petroleum levy. – Brecorder