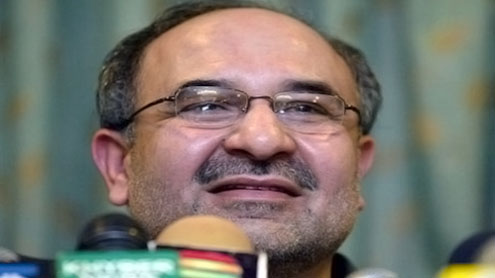 ISLAMABAD: Prime Minister Syed Yousuf Raza Gilani came under severe criticism in the Senate by an Opposition lawmaker, Senator Muhammad Ali Durrani who accused the premier of fanning lingual hatred among the people of Southern Punjab in the name of creation of Seraiki province.

The lawmaker of Pakistan Muslim League-Quaid (PML-Q) on a point of order also accused prime minister of diverting all the funds allocated for Southern Punjab to his hometown, Multan, and ignoring the Bahawalpur Division.However, Leader of the House, Nayyer Hussain Bokhari, to counter the criticism of Mr Durrani, came down hard on the lawmaker objecting that the House was not being run according to the rules of business of the House. “The rules did not allow anyone to deliver speeches on a point of order,” he shouted when Mr Durrani resembled premier Gilani with a former military dictator Yahya Khan.Durrani raising the issue said the Federal Government had released so far 50 million rupees out of the total allocated 260 million rupees for the construction of three roads in Ahmed Pur Sharkia, an area of Bahawalpur.

“On the other hand, the projects worth Rs 50 billion have been completed only in the city of Multan,” he added. He also warned that prime minister would be responsible if any violence on linguistic basis erupted in his area as efforts were being made to divide Southern Punjab on linguistic basis. He termed it clear violation of the articles 3 and 33 of the Constitution.
Durrani further alleged the prime minister of fanning lingual and tribal sentiments in his area in an apparent bid to get his son elected as chief minister of the new province though the people used to speak Riasti, Punjabi, and Urdu languages there. He further said that PM wanted to divide the Southern Punjab on Seraiki and non-Seraiki basis.

“Restoration of Bahawalpur to its original status of a state is the longstanding demand of the people of area and a commitment made by Quaid-e-Azam which was refused by General Yahya Khan during his martial law regime,” he said adding due to following footsteps of Yahya Khan, the people of Bahawalpur were labelling Gilani as a true follower of the dictator.Senator Abdul Haseeb Khan of MQM on a point of order blamed the Federal Government for failing to establish Drug Regulatory Authority at federal level after the devolution of health subject to provinces.Senator Ishaq Dar of PML-N said Punjab government would not agree on the establishment of authority until Sheikh Zayed Hospital Lahore would not be devolved to Punjab. “It is total injustice with Punjab since Sheikh Zyed Hospital, Quetta, had been transferred to Balochistan government,” he added.

He showing his commitment that he could get a resolution passed by Punjab Assembly, as required for the establishment of the authority, within next 72 hours if government would devolve Sheikh Zayed Hospital to Punjab government. He also warned the Federal Government that if it did not solve the issue, Punjab government would move the court in this regard.Lawmakers belonging to Balochistan, mostly from opposition side, protested that Aghaz-e-Haqooq-e-Balochistan Package (AHBP), announced by PPP-led government, was not being implemented in true letter and spirit as the government employees recruited under this package by the Federal Government were being denied of monthly salaries. Hasil Khan Bazenjo sought ruling of the Chair in this regard saying otherwise all Senators of Balochistan would stage a protest walkout from the House.

Mian Raza Rabbani, former minister for inter-provincial coordination, informed that Interior Minister Rehman Malik was seeing all such matters being the chairman of Implementation Committee on AHBP as he had resigned from the post. He further said the employees recruited under AHBP were the responsibility of the federal government for two years and after that they had to be transferred to the Balochistan provincial service. “However, I will seek report and inform the House about the exact situation,” he added.The House also passed two bills with the majority of vote including the Women in Distress and Detention Fund (Amendment) Bill, 2011 and the Islamabad High Court (Amendment) Bill, 2011.

The National assembly has already passed both the Bills.The Women in Distress and Detention Fund (Amendment) Bill 2011, aimed at amending Women in Distress and Detention Fund Act 1996 for providing financial and legal assistance to women languishing in jails, was moved by Leader of the House Nayyer Bokhari on behalf of Advisor to the Prime Minister on Human Rights Mustafa Nawaz Khokhar.The Islamabad High Court (Amendment) Bill 2011 is aimed at increasing pecuniary (monetary) jurisdiction of the original site of the Islamabad High Court from Rs10 million to Rs100 million. Minister for Law, Justice and Parliamentary Affairs Moula Baksh Chandio moved the bill. – Nation