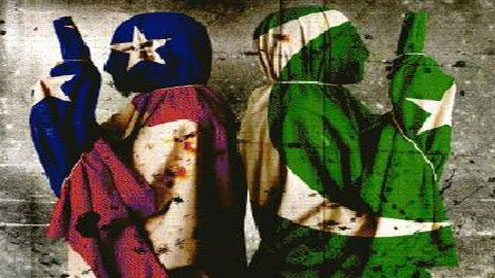 ISLAMABAD: Pakistan vowed no more “business as usual” with the United States after NATO strikes killed 24 Pakistani soldiers, but stopped short on Monday of threatening to break the troubled alliance altogether.

In response Pakistan has dug in its heels, reacting furiously to what it called an “unprovoked” strike.In an interview with CNN, Prime Minister Yousaf Raza Gilani said incidents such as the NATO cross-border attack further alienated the Pakistani masses, leaving his government isolated in its unpopular alliance with the US.“Business as usual will not be there, therefore, we have to have something bigger to satisfy my nation, the entire country,” he said.

Asked whether the US-Pakistani alliance can continue, he replied: “That can continue on mutual respect and mutual interest,” adding that both were currently lacking.“If I can’t protect the sovereignty of my country how can we say it’s a mutual respect and mutual interest,” he said.To a question, Gilani said at the moment Pakistan was not getting respect from the United States, and added that in accordance with the wishes of the masses, Pakistan’s relations with the United States should be based on trust, equality and mutual benefit. “We have no other option except to accept will of the people.”He said Pakistan was re-evaluating its relationship with the United States.

Gilani highlighted incidents such as the killing of the Pakistani troops and a US raid into Pakistan to kill Osama bin Laden as violations of his country’s sovereignty.Previously, he said, there was the issue of Raymond Davis and the issue of Osama bin Laden, then there were accusations against Pakistan, including one from Afghanistan of killing of Prof Burhanuddin Rabbani.“These are some of the blame games. There is no political space left for the political leadership of Pakistan and the military leadership, then how we can cooperate in this difficult situation.” “We are part of the solution. We are not part of the problem,” Gilani remarked.

Gilani made it clear that relations with NATO and ISAF have reached saturation point and it will not be business as usual anymore.He said Pakistan always played a positive role for bringing stability to Afghanistan and was ready to support any initiative on Afghanistan, which is Afghan-led and Afghan-owned.But this support will not be at the cost of sovereignty of Pakistan, as anything which harms sovereignty and stability of Pakistan, will not be acceptable, he added. agencies. – Dailytimes