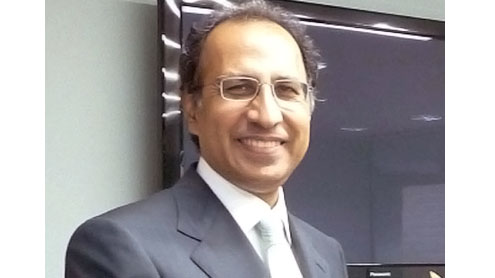 ISLAMABAD: Minister for Finance and Economic Affairs, Dr. Abdul Hafeez Shaikh said on Saturday that the difficult economic decisions and reforms undertaken by the government have started producing positive results and the country was on the path of economic resilience and growth.

The Minister for Finance said this while addressing a joint press conference after the conclusion of one day seminar on “Revival of Economic Growth in Pakistan” here at Prime Minister Secretariat this evening. He was flanked by Assistant Director of the International Monetary Fund (IMF) Adnan Mazarei.Highlighting some of the achievements of the government on the economic front during the last 4-month of the current financial year, he said that Pakistan exports stood at US $ 4 billion during the period under review as compared to the same period of last fiscal year showing a growth of 20 percent.

Similarly, he said that remittances of the overseas Pakistan have also reached to US $ 4.2 billion in the 4-month of the current financial year as compared to same period of last fiscal year.Dr. Abdul Hafeez Shaikh further said that due to tax reforms of the government, Federal Board of Revenue (FBR) has realized tax revenues of Rs. 509 billion during the last 4-month of the current fiscal year, depicting a revenue growth of 28 percent as compared to the same period of last fiscal year.“We will continue our economic reforms agenda for sustainable the economic growth and prosperity of the country”, he added.

He said the government was focusing on long term economic growth strategy for achieving a sustainable economic growth, create job opportunities for the people, alleviate poverty and further strengthening the national economy.The Finance Minister, highlighting the dialogue with IMF said that Pakistan as member of the Fund would continue to seek guidance from it, in furthering the reforms agenda of the government.He clarified that the recent Pak-IMF negotiations were not for seeking new loans from the Fund but these were part of the Funds consultations with member countries under article-iv of the IMF.

Highlighting the discussions in today’s seminar, the Minister said that it was part of the government policy to get input from the parliamentarians, economists, academicians, international donors, civil society people, members of the private sector and other stakeholders for sharing their experiences and suggestions for the further strengthening of socio economic progress of the country.“We have received useful inputs and suggestions from all the participants which would help further improve the national economy for the benefit of the people”, he added.Speaking on the occasion, Assistant Director IMF Adnan Mazraei appreciated the government’s economic agenda for the improvement of economic growth.

He said that the recent IMF-Pakistan meeting in Dubai have ended positively where both the sides discussed the economic situation and challenges being faced by Pakistan economy.He also appreciated the new growth strategy of Pakistan and 7th National Finance Commission (NFC) Awards and 18th Constitutional Amendment to empower people of the provinces by transferring more funds to them from the federal government.He also thanked federal government for organizing the seminar and open discussions with all stakeholders.He assured that Fund would provide technical assistance to Pakistan for improvement of its economy and growth for the benefit of the people. – APP