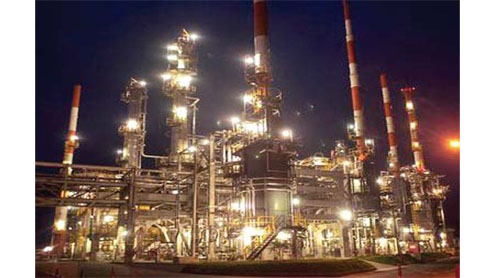 ISLAMABAD: The Supreme Court told the Reshma rental power company on Thursday to return by Friday (today), with markup, the Rs 2 billion that it took as mobilisation advance around two-and-a-half years ago for the Reshma Rental Power Project (RPP) because it failed to work according to the agreement.

The court said since the amount was paid in US dollars, it should be paid back in the same currency, with markup. The court said legal action would be taken against the company’s executives if it failed to pay back the money within the stipulated time. The court noted that the government had paid this sum to the company over two years ago by getting a loan from a bank on 16 percent markup.

Abdul Hafeez Pirzada, counsel for Reshma, told the court that his client had returned Rs 2.5 billion. Justice Hussain then pointed out that Rs 4.5 billion were paid in advance, thus markup was also due on the sum.He said it was astonishing that the company was paid such a huge amount about 30 months ago, however no one bothered to ask the company why it was not producing the electricity it was paid to produce.

The chief justice noted that NEPRA, which was a national institution, had also pointed out that rules and regulations were violated in the deal of RPPs. He said the authorities concerned were asked by NEPRA to review the deal of the RPPs, however no heed was paid towards the matter.

The chief justice observed that billions of rupees were paid in advance to the rental power companies, however less than 100 megawatts of electricity was being produced by them. He said the court would take action against the people who caused huge losses to the national exchequer through the deal.HAYAT: The chief justice said the credit of recovering over Rs 7 billion from the rental power companies would go to Faisal Saleh Hayat.

In his arguments, Hayat criticised the role of NEPRA, stating that though the counsel for NEPRA had admitted now that the contracts of RPPs were not transparent, his department had never objected to the project during that time.He suggested that independent power producers (IPPs) should be encouraged to overcome the power shortage instead of relying on RPPs, but unfortunately the government was not paying the dues of the IPPs. – PT