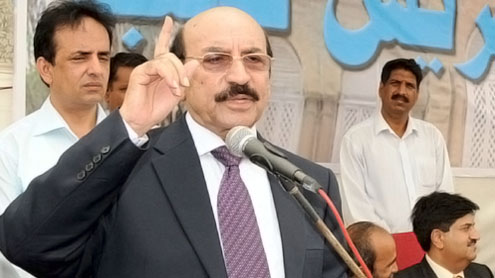 Memon was among the provincial ministers and MPAs who held meetings with party’s dissident leader Dr Mirza.On the CM’s direction, the S&GAD issued notification of getting back the portfolio from Sadiq Memon and gave additional charge of the department to Law Minister Ayaz Soomro.It may be noted that other ministers and PPP MPAs who held meetings with Dr Mirza, but no action was taken against them.

However, sources said that other ministers including Information Minister Sharjeel Memon, Excise Minister Mukesh Kumar Chawla and other ministers are likely to be sacked soon.Meanwhile, a meeting of PPP Badin leaders chaired by the Sindh CM took decision to remove the party’s district office-bearers who were appointed by Dr Zulfiqar Mirza.The two MPAs of PPP including Nawaz Chandio and Mir Hussain alias Mir Babu Talpur demanded the CM to take action against Dr Mirza. But the CM did not give any response in this regard, on which the said MPAs walked out of the meeting, sources said. – Nation