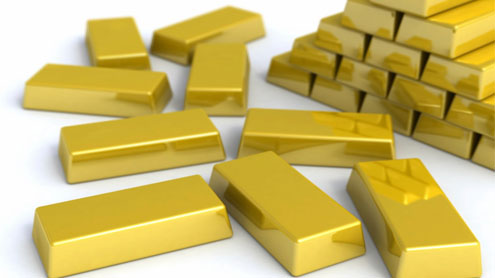 ISLAMABAD: Pakistan has 1,339.25 tonnes of gold reserves situated in Balochistan with 63.50 tonnes at Saindak and 1275.75 tonnes at Reko Diq, sources told Media on Monday.

These two major gold reserves are situated in district Chagi, Balochistan. The sources further said the Saindak Copper-Gold Project, Balochistan is the only project in the country, which is producing gold/silver as a by-product in a normal quantity. The gold production was 7.891 tonnes and silver 11.293 tonnes during five years from 2005 to 2009. Occurrence and showing of gold and silver had been reported from various parts of the country, including Balochistan, Gilgit-Baltistan and Khyber Pakhtunkhwa. However, reserves of these occurrences had not been confirmed except in Saindak and Reko Diq.

About 123 million tonnes of copper reserves in FATA areas Boya, Shinkari-North Waziristan have been found, the sources added. In Gilgit-Baltistan (Bulashgah, Gilgit) 0.5 million tonnes of copper reserves were discovered. Officials in the Ministry of Petroleum and Natural Resources told this scribe that feasibility studies have been conducted for copper-gold projects at Saindak and Reko Diq in the year 1988 and 2010, respectively. The Saindak project is in production since 2003.

Reko Diq deposit is in development phase and government of Balochistan as regulator is processing application for conversion of exploration licence into long-term lease. At present, the officials said two foreign companies are working for the copper-gold deposits, MCC of China on Saindak Project and Tethyan Copper Company, joint venture of government of Balochistan 25 percent, Antofagasta-Chile 37.5 percent and Barrick Gold-Canada 37.5 percent on Reko Diq project.

The officials further said Saindak Copper Gold project is the only productive unit in the country. The government of Balochistan receives royalty at the rate of five percent of sale proceeds and 60 percent share from Saindak Metals Limited/government of Pakistan.

However, private sources opposed the Reko Diq project exploration/mining lease to foreign companies. They describe it as the most unfair business deal of the decade, the multi-billion-dollar Reko Diq copper-and-gold project has been placed at the mercy of a consortium of companies who may walk away with its riches, robbing the country of a golden opportunity to lift itself out of its growing external debt. Private sector said that the geologists have estimated that Reko Diq contains mineral deposits worth $500 billion and if the authorities did not take action immediately, this golden opportunity of turning around Pakistan’s fate will be lost. – Dailytimes