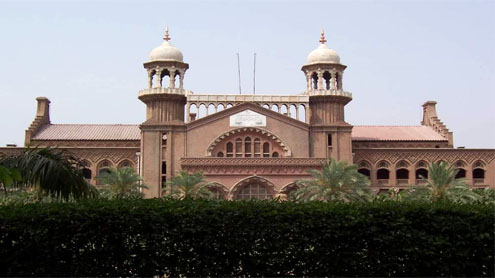 The CJ directed the IG to appear in the court on November 18 with all relevant documents, including material collected by the investigating officer with regards to the incident.The CJ also invited proposals and suggestions on how to avoid such incidents within the courts’ premises in the future and ordered action on judicial or administrative level against those who contributed towards the incident; directly or indirectly, negligently or deliberately.He also directed the LHC Human Rights and Vigilance Cell Director General Kazim Ali Malik to hold an inquiry into the incident and submit the related report at the earliest.

He further ordered that the investigation must focus on the mode and manner of the unfortunate incident and on the personnel who failed to discharge their obligation of providing security to the under-trial prisoners.According to details of the incident, four persons entered the premises of district courts in Rawalpindi and opened fire at three of their rivals who were in police custody. They also shot dead a passerby after mistaking him as a relative of the arrested trio.

The deceased included 55-year-old Chaudhry Shaukat, 50-year-old Chaudhy Arshad, 32-year-old Chaudhry Ghalib alias Mithu, and a passerby, 60-year-old Muhammad Iqbal.Police arrested the three attackers, Safeer Sadiq, Khizar Sher and Asif Sheikh, all of claimed that they shot dead the persons as they wanted to avenge the murder of three of their own people. – Dailytimes