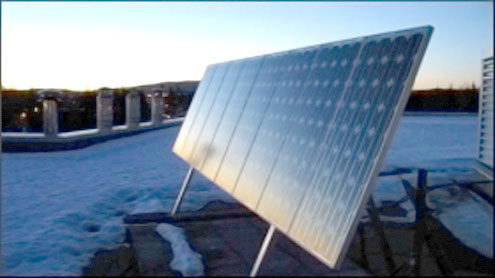 ISLAMABAD: The government has set out an ambitious target of having at least 5 percent of total power generation equivalent to 9700 MW  through alternative / renewable energies by 2030.

“The government has initiated an extensive wind energy programme to meet the increasing power demand and to introduce renewable energy technologies in the country”, a senior official of the Ministry of Water and Power told APP on Thursday.He said that keeping in view the importance of renewable energies, the government had established Alternative Energy Development Board (AEDB) with a mandate to implement its policies, programmes and projects through private sector in the field of Renewable Energy (RE),to achieve sustainable economic growth , facilitate transfer of technology and develop an indegenious manufacturing base for RE technology and to facilitate power generation through alternative or renewable energy resources.

The official said that there was great demand of electricity for economical and industrial growth of the country.He added that in order to cope up with energy shortages and challenges,the key government planners have chalked out various plans to harness conventional as well as non-conventional energy resources for power generation.He said that thermal energy contributed 64 percent of the total power generation whereas the shares of hydel and nuclear were 34 percent and 2 percent respectively.

Pakistan, he said, was currently facing its worst ever energy crisis and lack of integrated planning on part of the policy makers in the past was mainly responsible for this crisis.Current annual shortfall, he said, was 4,000 MW while 2000 MW additional capacity required annually to maintain the current growth rate with an investment of US $ 4-6 billion per year.

He observed that energy supplies must increase to 80 percent by 2015.The official said that Pakistan’s energy requirements were potentially huge as it was the 6th largest country in the world with its population that was expected to exceed to 190 million by 2015.“High average annual GDP growth averaging 7 percent is projected to continue in medium term. Rising population, incomes, per capita energy supply use, and industrialization translate into high energy demand growth (Total primary energy supply is expected to triple or quadruple by 2025).He warned of serious economic and development implications as energydeficit Pakistan faces, was increasing energy import costs, with a few medium-term solutions to cover power supply shortfalls.

He said that Pakistan’s growing energy deficit has potential to impact economy largely as crude oil imports have grown on average by 3.4 percent  annually during the last five years .He added that electricity use increased by 7 percent annually over 2003-08, with generation growth lagging at 4.8 percent over the same period while system-wide Transmission and Distribution (T&D) losses still high at 24.8 percent.

He said that to maintain 8 percent annual GDP growth , a minimum of 12 percent increase in Total Energy Primary Supply (TPES) and 8 percent growth in power generation required each year by 2015.He further informed that renewable energies render excellent prospects for development in Pakistan for power generation adding that promotion and development of renewable energy is not only a priority area of the government , but it also figured prominently on the policy plan of the government.

He also informed that National Renewable Energy Laboratory (NREL),Golden Colorado USA in collaboration with USAID , PMD and AEDB has carried out detailed analysis to determine wind energy potential in various regions of Pakistan.The official said that the wind map of Pakistan developped by NREL indicates that major wind resources areas are located in northern Indus valley, southwestern and central Pakistan and elevated mountains summits and ridge crests especially in north of the country.Among these, he said, southeastern Pakistan especially the Ghoro-Keti Bandar Wind Corridor spreading 60 km along the coastline and more than 170Km deep towards the land, is considered to be highly feasible and most appropriate for setting up of wind projects.

The official said that it is a fact that large acreage of government land is available in the area, the land is barren and there is no other utilization of this land, the terrain is flat and there are minute or negligible wind constraints and obstacles in the area.The roughness class of the lands is very low and climatic conditions are very much moderate. Access through land and sea is very easy, he remarked.He added that the transportation of wind turbine generators, necessary equipment and machinery is much economical.“On the world of various studies conducted by various agencies like AEDB, NREL USAID, PMD and UNDP, it is anticipated that the Ghoro-Keti Bandar Wind Corridor has a potential to generate more than 60,000 MW of electricity”, he remarked.

He said that the National Renewable Energy Laboratory (NREL),Golden, Colorado USA in collaboration with USAID, PMD and AEDB has also carried-out a detailed analysis to determine solar energy potential in various regions of the country. It has solar maps, which indicate that Pakistan lies on Sunny Belt, the mean global irradiation falling on horizontal surface is about 200-250 watt per m2 per day.Pakistan has about 1500-3000 sun shine hours and 1.9-2.3 MWh per m2 per year, he remarked.He said that Balochistan province is particularly rich in solar energy.

He added that it has an average daily global insulation of 19 to 20 MJ/2 per day with annual mean sunshine duration of 8 to 8.5 hours a day and these values are among the highest in the world.  For daily global radiation up to 23MJm2, 24 consecutive days are available in this area.The benefits of solar energy for power generation can be attained in areas where abundant barren land is available and no other development activities like agriculture, livestock, industry etc, he added.He said that it is possible. Such areas include the following:Most part of Balochistan Province, Thal Desert in Punjab,Thar Desert in Sindh and Cholistan Area.