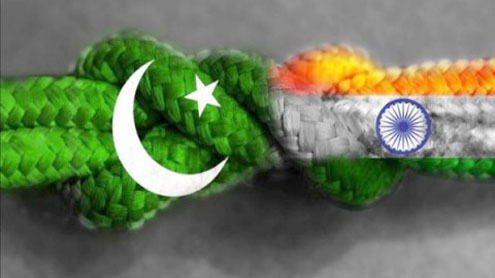 ISLAMABAD: In a major confidence-building measure to normalise relations with India, Pakistan’s federal cabinet on Wednesday unanimously endorsed granting Most Favoured Nation (MFN) status to its nuclear-armed neighbour, subject to the approval of parliament.

Another important decision the federal cabinet took to bring the Baloch rebels to the table for a dialogue to bring peace to the troubled province was to contact the family of Nawab Akbar Bugti to seek their opinion, asking them if they were satisfied with the High Court Commission or if they wanted a Supreme Court Commission to probe the killing of the Baloch leader.Briefing reporters on the cabinet decisions, Information Minister Dr Firdous Ashiq Awan said the cabinet had endorsed the MFN status for India after all stakeholders, including the country’s security establishment and the business community, were taken on board.

Defending the government’s decision to grant MFN status to India, the information minister said the cabinet had a candid discussion on the issue and admitted that most of the cabinet ministers had expressed concerns on the government’s decision. She said all their doubts were cleared by the commerce minister and commerce secretary. “Prior to reaching this accord, we took on board all stakeholders, including the defence-related institutions.

Moreover, all chambers of commerce and other trading bodies were also consulted… We have decided to follow the vision of Quaid-e-Azam and this is why the federal cabinet unanimously endorsed the MFN status to India. Prior to this, Pakistan has already assigned MFN status to over 100 countries,” she said. The minister said relations between Pakistan and India were discussed at length during the meeting and ministers from all coalition parties had unanimously endorsed the decision.

Responding to strong questions raised by the media, the information minister and Commerce Secretary Zafar Mehmood shifted the onus of the decision to Quaid-e-Azam Muhammad Ali Jinnah, with the minister stating that soon after the partition and despite the war between India and Pakistan over Kashmir in 1948,Pakistan and India had signed the General Agreement on Tariffs and Trade (GATT) under which all member states had MFN status.

“We have been assured that trade with India would not affect our balance of power, strategic interests, Kashmir cause or our import bill. The commerce minister told the meeting that during his visit to India, he had consulted with the Kashmiri leaders on MFN status to India. He also said that when the Kashmiris on both sides of the border were continuing their bilateral trade and bus service, there was no reason for Pakistan-India trade to suffer,” she explained.

Advocating the cabinet decision, the minister said bilateral trade would enhance revenues for the cash-strapped Pakistan government. “When Indian goods are already being smuggled into Pakistan through Dubai and we are wasting a huge chunk of revenue, it is better to allow legal trade which would benefit both countries and their peoples. India gave MFN status to Pakistan in 1995 but we did not respond in kind,” she asserted.Successive harsh questions compelled the minister to defend the government’s decision, saying the media was just point-scoring.

She said both countries were involved in talks for approval to trade 233 non-tariff items.Giving an overview of the history of Pak-India trade ties, the commerce secretary said trade ties between India and Pakistan had been blocked after the 1965 war, while India gave Pakistan MFN status in 1995 and Pakistan adopted a positive list for trade. He said now both countries had decided to dismantle the non-tariff barrier and only Wahga border had been opened for trade through rail and road links.

Responding to a question, Zafar Mehmood said that under the Afghanistan-Pakistan Transit Trade Agreement (APTTA), Afghanistan was allowed to send its goods to India through Wahga but India could not do so.Firdous said a recent report of a think-tank led by former State Bank of Pakistan governor Dr Ishrat Hussain had suggested that Pakistan would benefit from liberalisation of trade, which would not hurt its strategic interests with India and it would get support of $800 million without any dent to its strategic interests.

“The cabinet was told that just as China and India had continuing bilateral trade despite their dispute over Tibet, Pakistan and India could also move forward despite their stance on Kashmir. Kashmiris are the principal party to the Kashmir issue. Once Kashmiris are having bilateral trade, there is no question why Pakistan should not do so,” she asserted.She said the cabinet had taken up a 19-point agenda in its lengthy meeting, with the implementation status of the Aghaz-e-Huqooq-Balochistan Package on top of the list.

She said during the meeting some ministers argued the incapability and ineffectiveness of the Balochistan government, with a specific reference to Chief Minister Aslam Raisani. She said the prime minister said that despite incompetence, we should respect the chief minister and his government, which had the mandate of the people.“The prime minister also directed that steps should be taken to ensure capacity building of the Balochistan government and chief minister himself, while a committee was also formed to monitor the usage of funds to uplift Balochistan,” she said.“The prime minister decided to expand the dialogue committee and said talks would be held with political dissidents to bring them into the main stream.

The Balochistan governor, chief minister and ministers were asked to get in touch with them to bring them into the political process. It was also decided that the dialogue committee should talk to rebels and then submit a comprehensive dialogue package so that the government can know what rebels want,” she said, adding that the prime minister ordered that the family of Nawab Akbar Bugti be contacted to ascertain whether they wanted a Supreme Court Commission or they were happy with the Balochistan High Court Commission currently probing the Bugti murder case.

She said Justice (r) Javed Iqbal was proposed to head the Bugti probe commission, but any decision would be taken once Bugti’s family made up their mind and give the government the go-ahead to form the commission.“Since the issue of who is the legal heir of Nawab Bugti is sub judice in the Supreme Court, we have decided to wait for the court decision and once the matter is resolved, we will contact the legal heirs for their viewpoint,” she added.“The cabinet was informed that a judicial enquiry into the allotment of Gwadar Land has been implemented…

It was informed of a special quota of 1,200 scholarship and HEC-allocated 600 additional scholarships for Baloch youth. Rationalisation of royalty and gas development charge has also been amicably settled,” she added. She said the cabinet was informed that as a result of the 7th NFC Award, financial resources of Balochistan had increased from Rs 43 billion in 2009 to Rs 108 billion in 2011-12, adding that under reconciliatory efforts 665 political prisoners had been released in Balochistan.

The minister said the cabinet also approved cooperation between the state-run news agencies of Turkey and Pakistan and this decision would enable the improvement of the distorted image of Pakistan abroad, and Turkey would become a gateway of revival of Pakistan’s image in Europe.Asked whether the government would move to get former president Pervez Musharraf and former prime minister Shaukat Aziz back to Pakistan in order to implement the court’s orders, the information minister said the government would play a facilitator’s role to implement the court verdict. “Let the court convey the orders to the government institutions concerned. We would take action under the law,” she added, stopping short of giving any clear-cut response over the issue.

She said the issues of development surcharge and royalty for natural gas had been resolved and payments for last two years had been made to the Balochistan government.Earlier, briefing the cabinet on the implementation of the Balochistan package, Establishment Secretary Khushnud Lashari said Balochistan had been given greater provincial autonomy as enshrined in the constitution after the 18th Amendment, increased job opportunities for the youth of the province, greater share of Balochistan in royalty and gas development surcharge and large-scale development projects funded by the federal government.

The federal government had agreed to accept the accumulated gas surcharge claim of Balochistan of Rs 120 billion and it would be reimbursed to the provincial government at the rate of Rs 10 billion per year, he said. Rs 10 billion was paid last year and another Rs 10 billion had been paid during the current financial year, he added. The cabinet was told that the construction of cantonments in Kohlu and Sui had been stopped and the army had been replaced by the FC.

The cabinet was told that the conversion of B areas into A areas had been de-notified. The federal government also paid Rs 1 billion for the rehabilitation of the internally displaced people of Dera Bugti and also Rs 128 million as compensation for the dislocation of the fishermen.The prime minister decided that in the next cabinet meeting, ministers from Balochistan would be informed as to how much and unprecedented development works had been undertaken in the province. – PT