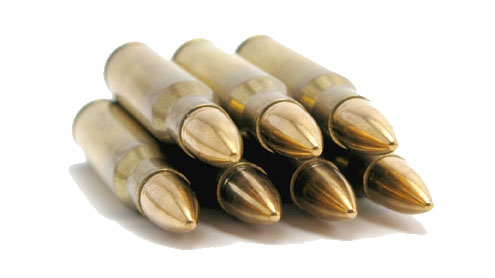 KARACHI: Three people, including an advocate and former councillor, were gunned down in separate acts of target killing in the metropolis on Tuesday.

An advocate was shot dead near Cafe Liberty Chowk, Tariq Road, within the precincts of Ferozabad police station. The incident took place in the wee hours of Tuesday.Waheed-ur-Rehman Qureshi, 40, son of Asad Ullah Qureshi was on his way to meet someone at Azizabad when unidentified armed men intercepted and shot him six times. After committing the crime, they managed to flee from the scene. Police was shifting Qureshi to Jinnah Postgraduate Medical Centre (JPMC) when he succumbed to the injuries. SHO Ejaz Khawaja said that the police suspect it was a target-killing incident since culprits used the same approach as used in target killings.

Sindh Home Minister Manzoor Hussain Wasan has issued instructions to the police for arresting the culprits involved in the murder of Qureshi.Meanwhile, Karachi Bar Council president Aaqil Advocate condemned the incident and said victim was enrolled at Hyderabad and started working in Karachi in 1998. He further informed that lawyers would boycott all courts on Tuesday.

Aaqil demanded the government to arrest those involved in the killing of Qureshi. At least 15 lawyers have been killed in two years, he informed.Police have registered an FIR (734/11) against unidentified men on the complaint of victim’s friend Khalil Jaffery and initiated the probe. Victim was a resident of Kehkashan Society.

Separately, a former councillor of Pakistan People’s Party was shot dead in Shanti Nagar, Dalmia within the juridiction of Aziz Bhatti police station. Gull Hassan, 35, son of Ghulam Nabi was standing outside his house, when unidentified armed motorcyclists reached and opened fire, killing him on the spot.SHO Ahsanullah informed that the victim was a former councillor and had some dispute with the drug peddlers of Lyari, including Nasir, Babu and Abdul Razzaq.

The victim also had some criminal cases registered in Aziz Bhatti police station. According to police, he was busy feeding his cow, when unidentified armed men targeted him. Body was shifted to JPMC for autopsy. Police have registered an FIR (664/11) against Nasir, Babu and Abdul Razzak on the complaint of victim’s brother, Mohammad Ali.

In another incident, a man namely Falak Sher, 25, son of Nadir was shot dead and a minor girl Saro slightly injured when unidentified gunmen opened fire in Kunwari Colony within the remit of Pirabad police station.SHO Pervez Gujjar said victim was standing in Kunwari Colony, Manghopir Road, when unidentified armed men reached on a motorcycle and opened fire, killing him on the spot and injuring a minor girl. Officer said victim had several cases of crime registered against him and was also linked to a Lyari gang.

Police and Frontier Constabulary had also conducted raids a few days ago for Sher’s arrest but he had escaped. Body and injured were shifted to Abbasi Shaheed Hospital for medico-legal formalities and treatment. Victim was a resident of the same area and police believe his accomplices might have been involved in the incident. Case could not be registered till filing of this report. – Dailytimes