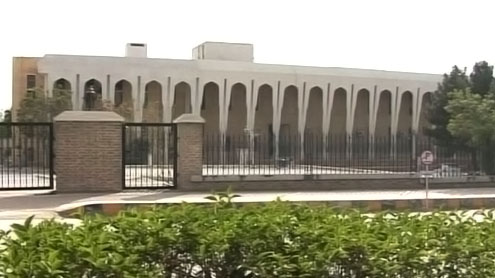 QUETTA: The Balochistan High Court (BHC) has directed the federal government to seek extradition of former president Prevez Musharraf, former prime minister Shaukat Aziz and other accused nominated in Nawab Akbar Bugti murder case, all of whom are abroad.

The division bench comprising Chief Justice Qazi Faez Isa and Justice Abdul Qadir Mengal issued the directives before disposing of the petition filed by Nawabzada Jamil Akbar Bugti, eldest son of Nawab Akbar Bugti. The copies of arrest warrants for Prevez Musharraf and Shaukat Aziz were submitted before the high court. Jamil Bugti, in his petition, stated that Nawab Bugti murder case was not being properly investigated as no effort was made to record statement or arrest the accused nominated in FIR registered at Dera Bugti Police Station.

Deputy Attorney General Malik Sikandar submitted a statement of Shaukat Aziz on Tuesday’s hearing, in which he stated that he was used as tool by the then president and had nothing to do with Nawab Bugti murder case. However, he said he would extend his cooperation with court during the investigation. “The federal government is directed to seek extradition of those accused residing in treaty state whose arrest warrants have been issued by the competent court of the law,” the bench ordered.

Judicial magistrate Faisal Hameed on October 28 issued arrest warrants for Musharraf and Shaukat Aziz in Nawab Akbar Bugti murder case.Nawab Akbar Bugti was killed in a military operation on August, 26, 2006 in Kohlu district. Earlier, the BHC had directed the police to register an FIR against the nominated persons. A case was registered in Dera Bugti in October, 2009 on the application of his son Jameel Akbar Bugti against Musharraf, Aziz, former Balochistan governor Owais Ghani, former chief minister Jam Muhammad Yousaf, the then interior minister Aftab Ahmad Sherpao and home minister Mir Shoaib Nosherwani.

However, written statements by three accused Sherpao, Jam and Owais Ghani were submitted before the BHC, stating that they were part of a civilian setup and the operation was launched by army, as such they had nothing to do with the killing of Nawab Bugti.In his statement, Sherpao said that he was in Peshawar when Nawab Bugti was killed in Dera Bugti and came to know through government and media sources. “Jamil Bugti had nominated me as an accused because I was interior minister at that time,” he stated. He also assured the court that he would extend his cooperation during the investigation.

Barrister Saifullah Magsi, the counsel for petitioner Jamil Bugti, requested the bench that those who had any information about Nawab Bugti’s murder, whether civil or military officials, should be included in the investigation process.Magsi also requested the court that the federal government should be approached to make a formal request through the Foreign Ministry to those countries, which had no extradition treaty with Pakistan. However, the court said it could not do so since law did not permit the court to issue such directives. The division bench also directed the investigators to submit the challan about the progress into the investigation before a competent court. – Dailytimes