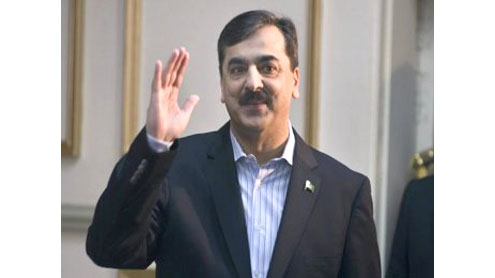 Foreign Minister Hina Rabbani Khar was already in Perth to attend the pre-CHOGM meeting of foreign ministers, held Thursday. Gilani besides addressing the Forum will meet several world leaders on the sidelines of the moot. His interactions with the prime ministers of Australia, Canada, Singapore and Malaysia have been scheduled.

Prime Minister Gilani is attending the international gathering of prestigious association for the first time after Pakistan’s election to the non-permanent berth for the United Nations General Security Council (UNSC) early this month.He will also join other dignitaries at the Leader’s Retreat to be held at the Kings Park.Chairman Board of Investment Tariq Puri and member of the National Assembly Ms Nafisa Shah will represent Pakistan at the parallel events including Commonwealth Business Forum 2011, Commonwealth Youth Forum and Commonwealth People’s Forum.Earlier, High Commissioner Malik Abdullah told APP that Prime Minister Gilani’s visit was very significant as it was the first by a democratically elected Head of Government and would go a long way in strengthening Pakistan’s position at the Commonwealth, that has always supported democracy in Pakistan.

He said Prime Minister Gilani would also hold bilateral meetings on the sidelines of the three-day CHOGM-2011 summit to enhance Pakistan’s multifaceted ties.He will also address the Pakistan community and meet the opposition leader. A number of media interviews have also been lined up for Prime Minister Gilani.He hoped that Gilani’s visit would open up new vistas of cooperation between Pakistan and Australia and enhance interaction at all spheres.

The Commonwealth leaders who meet every two years represent world’s largest and smallest, richest and poorest countries which are home to two billion citizens of all faiths and ethnicities.The CHOGM provides a unique forum to pursue trade and investment opportunities, reinforce the strong people-to-people links and promote their shared values.

The event with the theme 2011: “Building National Resilience, Building Global Resilience” – will provide an opportunity for Commonwealth leaders to meet in Australia to discuss world issues relevant to building a strong and secure future for all.The Forum will provide a unique opportunity for delegates to contribute and present key policy recommendations to CHOGM; learn about new business and investment opportunities; conduct business with other international partners; network with key government and business leaders; and influence the debate on important trade and investment issues.An important parallel event “Empowering Women to Lead” will be hosted by Prime Minister Julia Gillard to discuss how to achieve gender equity in leadership positions across the Commonwealth.

The event will promote the important role women play in private and public sector leadership.Australia’s Prime Minister Julia Gillard, will host the Heads of Government Meeting and take over as the Commonwealth Chairperson-in-Office and will continue in office till the 2013 CHOGM which will be held in Sri Lanka.The parallel theme of ‘Women as Agents of Change’ will be of particular significance in Perth as the Commonwealth’s first woman chair-in-office, Kamla Persad-Bissessar, the Prime Minister of Trinidad and Tobago, will hand over the chair to another woman, Julia Gillard. – APP