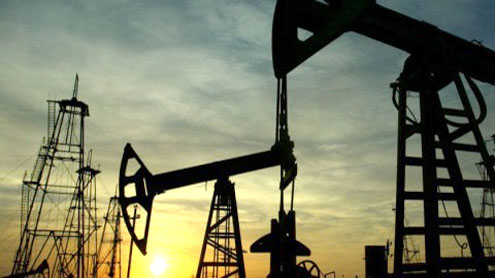 ISLAMABAD: The draft Petroleum Exploration and Production Policy 2011 proposes allowing locally operating exploration and production companies to construct and operate pipelines for local requirements as well as for exports for their share of petroleum.

Firm utilisation plan: According to the policy the companies constructing such pipelines would be allowed priority access based on a firm utilisation plan. The draft policy states that if a connecting pipeline from outlet flange to the nearest transmission system, is constructed and operated by a producer, a third party or a government nominated entity; such a pipeline shall be regulated pursuant to the provisions. The Ministry of Petroleum has placed the draft on its website to solicited views from the stakeholders.

Patronising exploration: Government has drafted the new policy to accelerate exploration and production to achieve maximum self sufficiency in energy by increasing oil and gas production. The new policy focuses on promoting investment in the upstream sector and in the onshore frontier areas by providing globally competitive incentives. It is pertinent to mention that around 27 per cent of the country’s energy needs are currently being met through imports. Pakistan’s average daily production of crude oil and gas in 2009-10 was 65,000 barrels and 4 billion cubic feet, respectively. The country’s indigenous oil and gas production meet around 53 per cent of its total energy requirements while other indigenous sources provide 19 per cent.

Paradigm shift: The government had earlier given Petroleum Policy 2009 which had to be amended by new Petroleum Policy 2011 as the market conditions warranted urgent changes for investment in view of increasing international energy prices. There has been a paradigm shift in the natural gas scenario due to higher trend of consumption of natural gas in the country and overall energy requirement has been changing that makes it imperative to evolve a new policy with additives.

The drastic increase in crude oil prices in the international market has changed the complexion of exploration and production sectors which requires significant transformation in the approach towards the sector. This has forced the government to provide new incentives for developing indigenous hydrocarbon resources. The government plans to review the policy after 5 years for appropriate adjustments keeping in view the prevailing conditions.

International competitive bidding: The policy states that all Petroleum Concessions Agreement and Production Sharing Agreement will be based upon the principle of international competitive bidding. For the purpose of pricing and delivery obligations for natural gas, the gas will be delivered at outlet flange, delivery point and it will then be the responsibility of Sui Southern Gas Company Limited (SSGCL) and Sui Northern Gas Company Limited (SNGPL) for laying of pipelines for which they will get tariff on transportation of gas as approved by OGRA. For offshore gas delivery, gas will be supplied at the nearest access point to an existing regulated transmission system; or at the shore within coastal locations.

Exploration and Production companies: In the event that there is more than one field located in a block; the secondary or subsequent fields will be connected to either the transmission system, any point inside the outlet flange of the production facility of the primary field or the pipeline connecting the primary field to transmission system. All field gate locations will be approved by Director General Petroleum Concessions on case to case basis within the above criteria following the submission of proposed field development plan by the concerned company.

The E and P companies operating in Pakistan will be allowed to contract with gas transmission and distribution companies and third parties, other than residential and commercial consumers, for the sale of their share of gas in the country at negotiated prices in accordance with the applicable laws, rules, and regulations. Subject to overall market demand, companies may request and the government will purchase 90 per cent of their share of pipeline specification gas through a nominated buyer which is effectively controlled by it in acceptable daily, monthly and yearly volumes to meet internal demand in an economical manner – provided there are no infrastructure constraints. The companies shall have the right to sale 10 per cent of their share of pipeline specification of gas to any buyer with the prior consent of the government. The gas buyer nominated by government shall pay the price for gas at the outlet flange as set out in this policy.

Promoting indigenous companies: The policy says the government is committed to promote Pakistani companies in oil and gas exploration and production. Smaller local companies will be allowed to join consortia with other companies as non operator in order to gain the necessary industry experience to allow them to expand their capacity in order to take on operating roles in the future. The draft of the policy says the reconnaissance permit for non-exclusive right for geophysical, geochemical and geological operations, including the drilling of stratigraphic wells will be granted initially for 1 year term with possible renewal period of 1 year.

The onshore petroleum exploration licence will be given for 5 years initial term with two renewals of one year each. While the development and production lease with exclusive right to develop and produce hydrocarbons for up to 25 years with a possibility of a renewal for five years will also be facilitated.

12.5 per cent royalty: The royalty will be payable at the rate of 12.5 per cent of the value of petroleum at the field gate. The royalty will be paid in cash or kind at the option of the government on liquid and gaseous hydrocarbons such as LPG, NGL, solvent oil, gasoline and others as well as all substances including sulphur, produced in association with such hydrocarbon. The lease rent paid during the year shall not be deductible from the royalty payment.

Tax on income: The tax on income will be payable at the rate of 40 per cent of profit or gains in accordance with the Fifth Schedule of the Income Tax Ordinance, 2001. Royalties will be treated as an expense for the purpose of determination of income tax liability. Windfall Levy (WL) will be applicable on crude oil and condensate in case market price of crude oil and condensate exceeds $110/barrel.

The 100 per cent benefit of the WL will pass on to the government. For sale of natural gas to parties other than the government WL will be applicable on the difference between the applicable government zone price and the 3rd party sale price. The production bonuses will be payable on a contract area basis at the start of commercial production – $600,000 that will substantially enhance to 7,000,000 for 100 mmboe.Marine research and coastal area development: The draft policy also suggests a marine research and coastal area development fee which proposes $50,000 per annum until first discovery, $100,000 per annum until declaration of commerciality, $250,000 per year during development phase, $500,000 per year during production phase.

Out of the above fee 75 per cent would be expensed on coastal area development and 25 per cent for marine research. In 1991, the government introduced the first petroleum policy. This was followed by policies of 1993, 1994, 1997, 2001 and 2007 and 2009. Whenever previous policies were superseded by a subsequent Policy document, the existing rights granted under licences, Petroleum Concession Agreements, Production Sharing Agreements were not affected. – PT