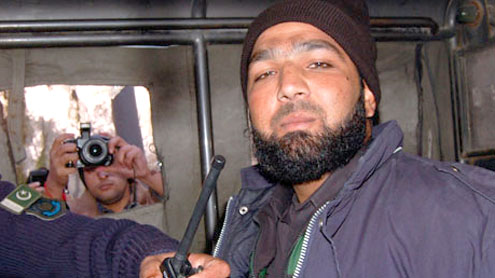 The Sessions Judge was facing life threats from certain quarters after he delivered the judgement on October 1, sources said. They further said that Pervaiz Ali Shah was sent to Saudi Kingdom by the federal government to protect his life and that of his wife and children.A special prosecutor for federal government, Saiful Malook, who fought the case on behalf of Salmaan Taseer’s family, confirmed the development to Media on Monday. He said he was also facing life threats from some elements for appearing as counsel in the court on behalf of slain governor’s family.

Pervaiz has been receiving threats even before the passing the judgement. The day he was to announce the verdict, a man warned on a megaphone from outside the Adiala Jail, where the entire proceedings took place, that by awarding death sentence to Mumtaz Qadri “you will be producing a thousands of Mumtaz Qadris”.Mumtaz Qadri had killed Salmaan Taseer on January 4 this year outside a restaurant in Islamabad for governor’s views on the blasphemy laws. Qadri was at that time on guard duty with Taseer when he opened fire on him. He later confessed to killing Taseer under oath.

Qadri had then taken the plea that he had killed the governor for supporting Aasia Bibi, a Christian woman, who according to him, had committed blasphemy, but he said Taseer was wrongly supporting that lady.The counsel for Qadri later filed an appeal against the verdict in Islamabad High Court which has stayed Qadri’s execution till further orders.Sunni Tehrik and other religious parties have already rejected the court decision, equating the judgement with the death sentence awarded to Ghazi Elmuddin during the British rule in the Subcontinent. – Nation