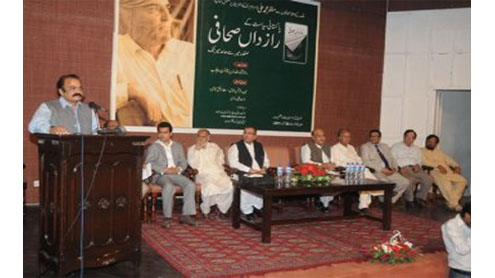 LAHORE: Muzaffar Muhammad Ali launched a book on the lives of prominent journalists at a ceremony held at Alhamra on Saturday.

Minister for Law Rana Sanaullah Khan presided over the launching ceremony of the book, which was also attended by eminent journalists and literary figures. Addressing the ceremony, Rana Sanaullah said that Muzafar had done a great job by writing a valuable book comprised of interviews of journalists in Pakistan. – Dailytimes