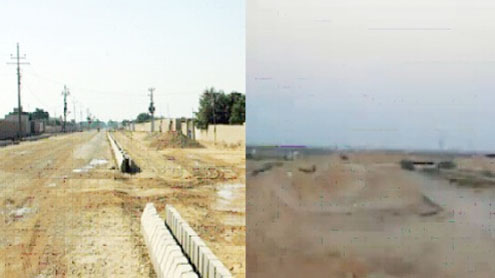 Talking to a delegation of allottees, he said that due to excellent plan and concerted efforts, various development works of scheme have been completed.Abbas added that Hawks Bay scheme-42 has been divided into three zones to accelerate the development work as well as to ensure quality work. Services of a famous company have also been hired in this regard, he added.He said a pipeline of 33 inch diameters has been installed directly from Hub Dam to ensure uninterrupted supply of water to the scheme, he added.

A 113 kilometers long road network has been completed, 65-km drainage line and 239-km sewerage line have also been placed in the area, he said.Besides, the electric poles have also been installed to ensure electricity supply, he said, adding efforts are also being made on priority basis to speed up construction of family parks and development of, greenbelts, jogging tracks and plantation.A large number of allottees are approaching to take possession of their plots, he said.It is worth mentioning here that scheme-42 had been launched in 2008, which was highly appreciated by a large number of people of Sindh. – Dailytimes

Why Pakistan must borrow