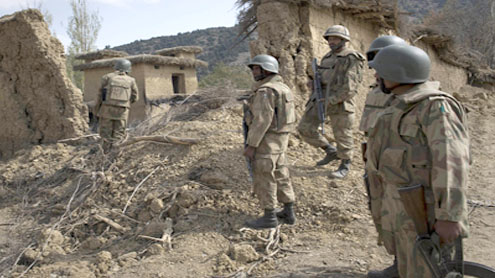 Another three members of the Frontier Corps paramilitary were wounded in the attack and at least 14 militants killed in retaliatory fire in Bara district, which lies just outside Peshawar, the officials said. – Brecorder