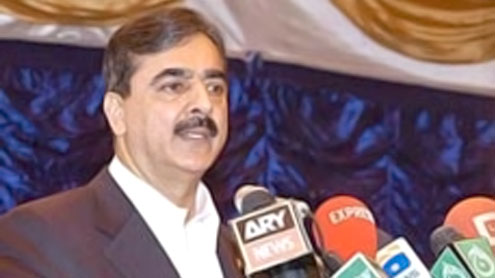 In line with this directive, Minister for Finance Dr Abdul Hafeez Shaikh in the capacity of the Chairman of Economic Coordination Committee (ECC) of the Cabinet, on Thursday reviewed the performance and rate of implementation of the decisions taken by the body since coming into power by the present government.According to a press release issued here Thursday, when asked by the ECC, Secretary Cabinet Division Nargis Sethi informed the meeting that the Committee has so far held 65 meetings and taken 621 decisions with the average of 9.55 decisions per meeting.

During the tenure of Shaukat Tarin as Finance Minister, from December 2, 2008 to March 8,2010, the ECC had held 27 meetings and took 242 decisions with an average of 8.96 decisions per meeting.The Secretary Cabinet informed the meeting that the Finance Minister Abdul Hafeez Shaikh in his period from March 19, 2010 to September 30, 2011 have chaired 25 meetings of the ECC and taken 253 decisions with an average of 10.12 decisions per meeting, which is the highest during the last three-and-a-half-year.