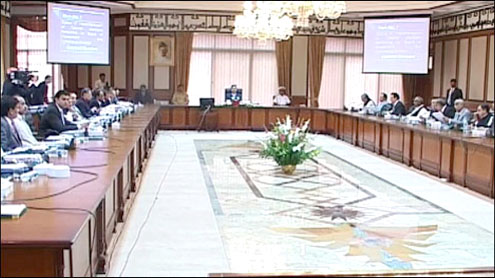 In an effort to deal with the crisis the federal cabinet will seek approval of two weekly holidays from the council of common interest.The cabinet has also proposed that markets be closed after sunset and street lights and billboards will be converted in LED lights.The meeting was briefed by the standing committee chaired by Finance Minister Abdul Hazfeez Sheikh on the strategy required to deal with the energy crisis.According to sources an increase in the prices of electricity and gas was also discussed during the meeting. – Geonews