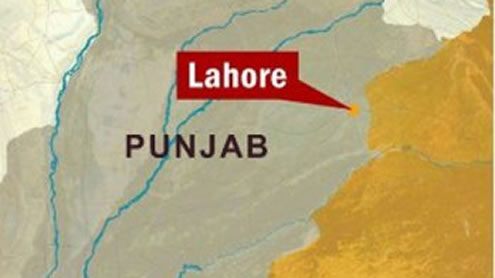 LAHORE – Faisal Qureshi, a software engineer and contributor for the Internet-based newspaper The London Post, was brutally tortured and stabbed to death by unidentified assailants at his residence in Johar View Society, Johar Town. The victim was a web editor for The London Post, which had run a controversial sham story about MQM chief Altaf Hussain, saying he was trying to escape to South Africa but had been arrested while fleeing in a taxi in London.

The British authorities had refuted the story. Faisal’s eldest brother Shahid Qureshi, who is the editor of The London Post, tried to contact him but Faisal did not respond to his calls. Shahid later told his two other brothers Zahid and Rashid to go and check on Faisal. Zahid told reporters that he and Rashid visited Faisal’s place late on Thursday night and found the house locked but the lights were on.

He said they saw bloodstains on the garage floor so they immediately called the police, who found Faisal dead in a room. Police said the victim was brutally tortured and he had multiple stab wounds. Saddar SP Investigations Mushtaq Sukhaira said it would be too soon to comment on the involvement of any political party in the murder.