Differences among allies over ministries in Sindh 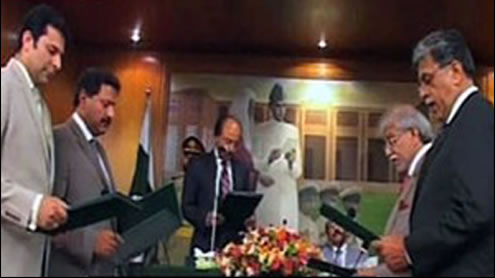 KARACHI: Differences over the allocation of Sindh ministries have emerged following the MQM’s return to the provincial government.Members of the PML-F met with Chief Minister Sindh Qaim Ali Shah on Friday who informed them that their portfolios would be returned to MQM ministers. PML-F members said that taking their ministries from them would not be good governance.

Talking to newsmen, the PML-F chief Pir Pagara said his party had suffered a loss with the MQM’s return to the provincial government and if the PPP was eager to continue the politics of reconciliation than they should decrease the number of their ministries.