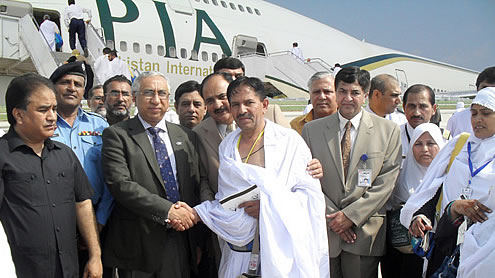 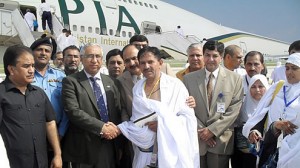 Those intending pilgrims, who would be housed in one building, would leave here by the same flight, he said. The minister said the female intending Hajj pilgrims would not be allowed to travel without veil (Hijaab), while on violation the PIA would be fined 5,000 Saudi Riyal. He advised the intending pilgrims to carry only those items in their luggage, which have been allowed by the Ministry of Religious Affairs.

He told the media that a dispensary has been set up in each building while the number of doctors and para-medical staff has also been increased. The last flight of the intending pilgrims from Pakistan would leave on Oct 30, he said. Director Hajj Karachi Abdul Sattar Samtio, Deputy Director General Civil Aviation Authority (CAA) Muhammad Junaid Siddiqi, Director Airport Services Muhammad Hanif and other notables were also present on the occasion. – dailytimes