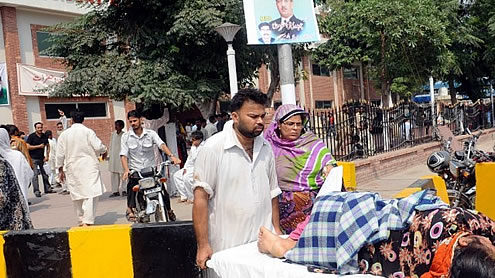 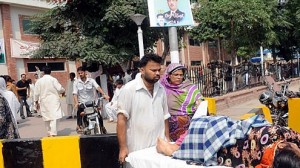 Out of 583 new cases, 129 were tested positive for the deadly virus at Mayo Hospital, 77 at Jinnah Hospital, 44 at Sir Ganga Ram Hospital, 38 at Shaikh Zayed Hospital, 34 at Institute of Public Health, 30 at Children’s Hospital, 29 at Services Hospital, 21 at Lahore General Hospital while the remaining were reported from other public sector hospitals and private healthcare centres in the City.

Dr Aslam Chaudhry said that case response indoor residual spray has been carried out in 194 houses of Dengue patients and 28 houses of surroundings in 49 union councils. He said 17,130 CBC tests had also been carried out. He said the department organised seminars and walks at four different places of Data Gunj Bakhsh, Ravi and Wahga Town on Friday for raising public awareness about Dengue fever and necessary precautionary measures. He said thousands of handbills and pamphlets inscribed with awareness messages had also been distributed from door to door in various towns. – Nation